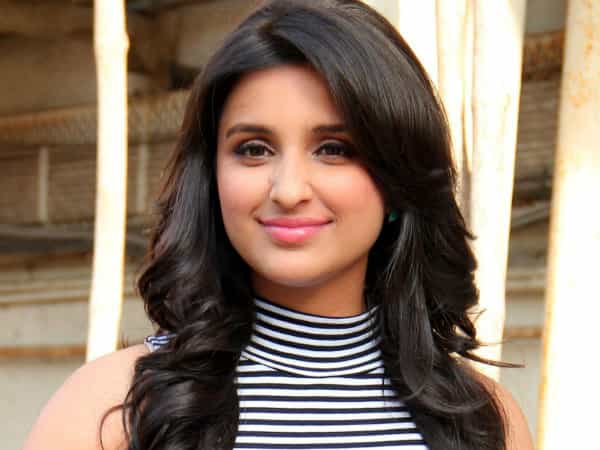 The charming, naughty, emotional, cute and smart actress Parineeti Chopra made her Bollywood debut in 2011 with the film ‘Ladies vs Ricky Bahl’. Actually, Parineeti Chopra has the expertise to perfectly exhibit various emotions like anger, love, laughter, humour, fun, seriousness, happiness and naughtiness through her roles. Besides acting, Parineeti Chopra’s plus point is that she is also highly qualified. She had stood 1st throughout India in her 12th standard examination. Moreover, Parineeti Chopra holds a triple degree in Business, Finance and Economics. Know how will your career take shape in 2017, Buy the 2017 Career Report and get all the answers.

Parineeti Chopra has won several awards which also include nomination for the Filmfare and National Film Award. She received the Best Female Debut Award for her remarkable performance in her first film Ladies vs Ricky Bahl. Thereafter, Parineeti Chopra fascinated the audience and won their hearts by her fabulous and amazing acting in movies like Ishaqzaade, Shuddh Desi Romance and Hasee Toh Phasee. Parineeti Chopra will add another feather in her cap as a playback singer by making her singing debut in her latest film Meri Pyaari Bindu. How will this forthcoming movie fare? Moreover, what is special in the horoscope of this talented actress that enables her to scale great heights of success and fame? …replies Ganesha!

As per Parineeti Chopra’s Solar Horoscope, she is born with Libra ascendant. The ascendant Lord – Venus is in conjunction with Ketu in Leo sign, and in 11th house of gains. Moreover, Saturn is in 3rd house, Moon-Rahu are in 5th house, and Mercury is in 12th house. Both Mars and Jupiter are retrograde and posited in 6th and 8th house respectively.

In her horoscope, Jupiter was aspecting the 4th house, and Saturn was posited in Jupiter’s sign. Due to these planetary positions, Parineeti Chopra received a triple degree in business, finance and economics from the University of Manchester in 2009. Further, Parineeti Chopra can provide novelty in her acting and play lively roles, as Venus aspects the house of performance. Hence, in 2011 Parineeti Chopra bagged an award for her film Ladies vs Ricky Bahl. Moreover in 2012, she was presented the National Film Award – Special Mention for her best performance in the romantic drama, Ishaqzaade.

Considering the planetary positions, Parineeti Chopra’s film Meri Pyaari Bindu will reach great heights of success, and the movie will get a good response, says Ganesha. Besides acting, Parineeti has also sung a song in this film, which can add another feather in her cap.

As per the solar horoscope, from 26th May to 11th July, Mars will transit in Gemini. Hence, the film’s earnings will increase significantly through from some other territory. Further, between 11th July to 27th August, Sthanbali Mars in Cancer will form a Navsarjan Yog. Consequently, its popularity shall also increase, observes Ganesha. Are you thinking about your finances? Get the 2017 Finance Report and know your future.

After 12th September, Jupiter will transit in Libra. Consequently, Parineeti Chopra shall gain fame and glory in the film world. Moreover, due to beneficial influence of auspicious Jupiter, Parineeti Chopra will also earn significantly from some other areas, besides the film industry and thus achieve financial growth.

According to the solar horoscope, from 20th June to 26th October, personal life of Parineeti Chopra shall be very blissful, and hence she will lead a very happy life. Moreover, growth in her professional life is indicated. But, she may remain very busy during this period. From 27th August to 13th October, transit of Mars in Leo may cause health issues. Hence, Parineeti Chopra should watch her health.

During the year, from 12th September to 11th October, Jupiter’s transit in Libra will lead to growth in personal life. Parineeti Chopra will also get many opportunities to move ahead and hence lead a very successful life. Moreover, chances of Parineeti Chopra’s marriage are also foreseen during this period. Besides, Ganesha foresees that the Yogas necessary to become a successful actress are formed in Parineeti Chopra’s horoscope.