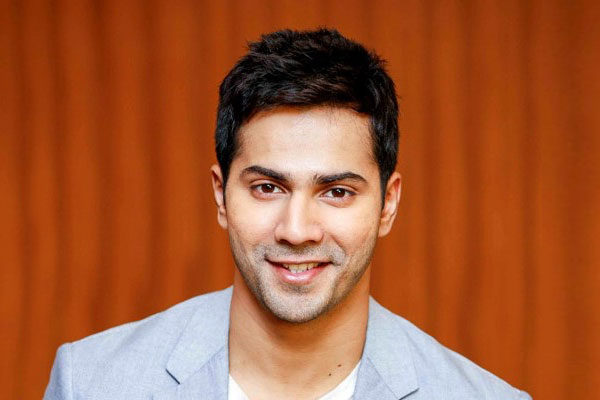 'There is no short cut to success', goes the age-old saying. Well, this truth is being exemplified by the aspiring Bollywood star Varun Dhawan. An actor who believes in giving world class quality to his work, Varun Dhawan has inherited film art from his famous father. Yes, he is the son of the renowned film director David Dhawan, who is credited to have given several memorable movies to Bollywood. In spite of having shown his special talent in several good movies so far, Ganesha has predicted that Varun Dhawan will have to work hard to become a successful Bollywood actor. Besides, he is suggested to make the best use of his present time as his stars are smiling on him right now.

Varun Dhawan was born with a silver spoon in his mouth. Showing exceptional qualities of management since his childhood days, Varun Dhawan went on to pursue Business Management from Nottingham Trent University in the United Kingdom (U.K.). However, he was not meant for jobs other than films. Following the footsteps of his father, he entered Bollywood. He worked as Assistant Director with Karan Johar in his 2010 drama My Name is Khan. Varun Dhawan made his acting debut with Karan Johar's 2012 romantic comedy Student of the year, in which he received Film Fare nominations for best male debut.

Varun Dhawan: His rise in the Bollywood

Varun Dhawan established himself in Bollywood by starring in the romance Humpty Sharma Ki Dulhania (2014) and the dance film ABCD 2 (2015), both of which earned over ₹1 billion (US$15 million) worldwide.
He further garnered a nomination for the Filmfare Award for Best Actor for portraying an avenger in the crime thriller Badlapur(2015). Varun Dhawan subsequently starred in the action drama Dilwale (2015), the crime drama Dishoom (2016), and the romantic comedy Badrinath Ki Dulhania (2017); the former ranks among the highest-grossing Bollywood films.
Varun Dhawan played a wide range of roles in these movies including dramatic, romantic, negative and action roles.

Varun Dhawan: What his stars predict about his future

Get Your Hand-written Janampatri By Our Experts.
Varun Dhawan is born in Aries ascendant. Mars is in his second house and Moon lives in his Aquarius sign. Ketu resides in his sixth house and Saturn is in the eighth house. Besides, there is cohabitation of four planets in his 12th house (the house of expenses): Venus, Rahu, Mercury and Jupiter. Jupiter is present in his own 12th house while Venus is maintaining a high position.
Sun is the lord of the fifth house (the house of knowledge) and is residing there. Jupiter is present in the Pisces sign, so there are chances of interest in higher educational pursuits. Thus, Varun Dhawan acquired Business Management degree from a famous university of UK.  Besides, there is a Navpancham Yog between Saturn and Venus which imply he can act in different types of roles and exhibit his talent. Are you also curious to know about your future? Buy 2017 Detailed Yearly Report and get the answers.

As per the planetary movements, the time period till 10th July 2019 is good for him on the career front. Thereafter, the period from 10th July 2019 till 20th January 2022 will be mediocre for him. At the same time, Jupiter of Scorpio sign will help him between 11th October 2018 and 23rd April 2019.
Varun Dhawan can make progress between 23rd April 2019 and 22nd April 2023 banking on conducive planetary movements.
The period between 20th January 2022 and 18th June 2024 may be full of struggles because of the Mercury's movement. On the other hand, the period between 18th June 2024 and 15th June 2025 may confer some benefits on Varun. The period after 15th April 2028 may trigger certain positive developments in his career which may open for Varun Dhawan a new chapter of success.

Varun Dhawan: The gist of predictions

In short, the present time is good for Varun Dhawan and he should make the best use of it. He will have to work harder in future to maintain his stardom and accomplish success.
With Ganesha's Grace,
Prakash Pandya
The GaneshaSpeaks.com Team
Share