Noor Movie Review and Box-Office Predictions: The Sonakshi Starrer Will Attract The Audiences 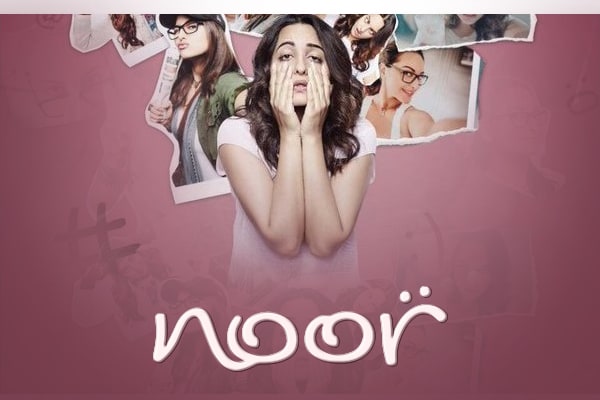 The film 'Noor' is based on Pakistani author Saba Imtiaz's novel 'Karachi, You're Killing Me!'. It features the bold and beautiful girl of Bollywood –  Sonakshi Sinha in the lead role. This drama film, directed by Sunhil Sippy, depicts Pakistani journalist-writer Noor's adventures, and how she falls in love with Mumbai. In this article, Ganesha predicts the fortunes of the film and comments that it will emerge as a nice entertainer, which will be packed by good performances.

This entertaining film, which is scheduled to be released on 21st April, 2017 is capable of delighting the audience. From the astrological viewpoint, Taurus Ascendant exists at the release time of 'Noor'. Hence, this film will succeed in attracting the audience to the box-office.

Besides, Jupiter aspects exalted Venus. Hence, the female star Sonakshi Sinha, who is playing the lead role in this film will receive a lot of appreciation. The film critics will also praise both Sonakshi's performance and this film. Moreover, performance of other actors & actresses - Kanan Gill, Shivani Dandekar, Sunny Leone and Purab Kohli will also be applauded.
This is what the planets indicate about the performance of the starcast in the film Noor. But how will you perform in your career this year? Get to know with the 2017 Career Report

Amaal Mallik has composed the music of the film, which shall succeed up to some extent. Moreover, the audience will like some songs. Director Sunhil Sippy's performance shall also be appreciated.

This film will be released with Taurus Ascendant and shall be under the influence of Mars Mahadasha and Jupiter Antardasha. Hence, this film will also gain a lot of popularity abroad, and no doubt earn well. Moreover,  the conjunction of Mercury and Sun in the 12th House will help the film to earn a significant amount through International and Satellite Rights.

Noor: Cinematography And Other Aspects

The audience will also like the film's Cinematography, Editing and Picturisation. Astrologically, 'Noor' film will also succeed under the production and distribution of T-Series.
In short, Sonakshi's 'Noor' will attract the audience to the box-office.
With Ganesha's Grace,
Kashyap Raval
The GaneshaSpeaks.com Team
Share