Know About Ravi Pushya Yoga, Its Date, Importance & Other Facts 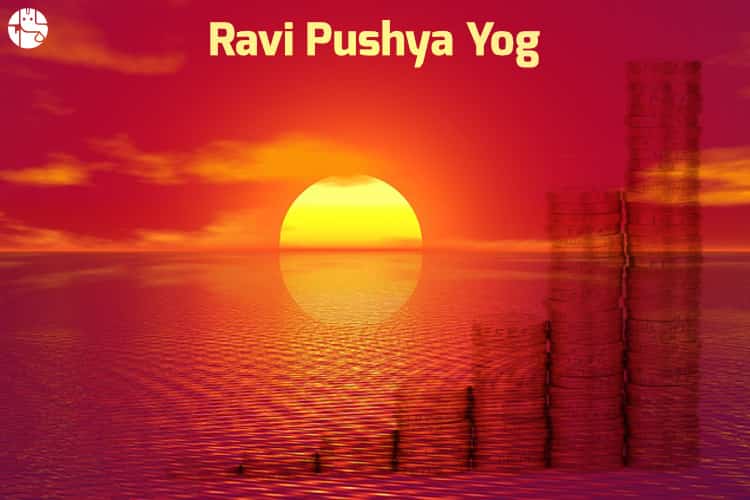 Ravi Pushya Yoga is one of the most highly regarded Yoga in astrology. When Pushya falls on Sunday it forms highly auspicious Ravi Pushya Yoga. Just like a lion is above all animals and termed as the king of the jungle, in the same manner among all the Nakshatra, Pushya Nakshatra is the most important one. The Pushya Nakshatra relieves one from all kinds of doshas. In fact, if the moon is in the 4th, eighth or 12th house during transit, the Pushyaamrita Yoga completes all your tasks. Ravi Pushya Yoga 2019 will happen six times during the year.

The Importance Of Pushya Nakshatra

Pushya Nakshatra is regarded most auspicious in the Hindu scriptures. Pushya means ‘to nourish’ and hence this nakshatra provides energy and power. Natives born under this nakshatra(constellation) are always ready to help and serve people. They also believe in moving ahead in life through their hard work and abilities.

As per the Indian tradition, the Indian Goddess of Wealth and Prosperity, Lakshmi was born in the Pushya Nakshatra and thus is considered as highly auspicious muhurat for starting a business, purchasing gold ornaments, starting a new venture, poojas, havan, homam, bhoomi poojan, auspicious activities, signing documents etc.

Can Procure The Grace Of Goddess Lakshmi

The shopping for upcoming marriages, events and festivals at this time is considered auspicious. According to astrology, along with new items, Goddess Lakshmi comes and resides within the home for a long time. In a year there are only two or three times when such auspicious Yoga is formed.

Can Boost Your Efficiency

Know More About Yogas in Astrology: