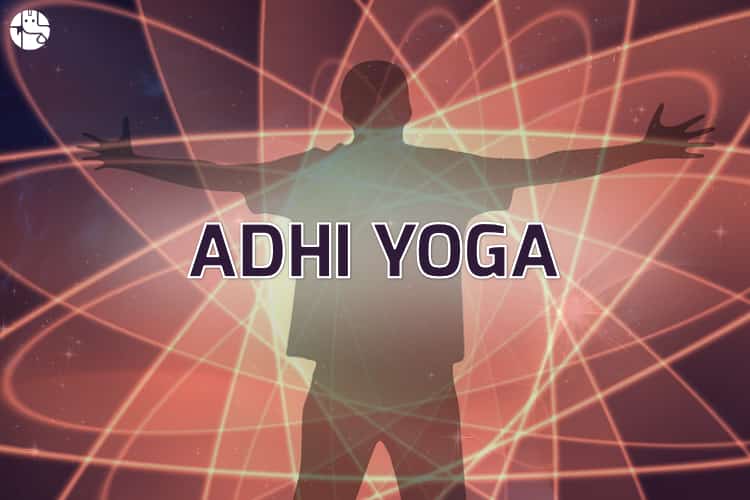 Planets play a major role in a human’s life. Their union can turn rags to riches or vice versa. As per the Vedic Astrology, planetary positions that influence a native’s birth chart, form certain Yogas. The knowledge of Yoga in the birth chart can help in interpreting new dimensions and obtain insight into the principal factors affecting the native.

Based on the different positions and union of planets there are different types of Yogas, such as:

Know the Yogas in your birth chart through Special Janampatri.

Adhi Yoga is a Vedic Combination that forms in the horoscope when the three benefic planets, Jupiter, Venus, and Mercury, are present in the 6th, 7th or 8th house from the Moon. The presence of this special Yoga is significant as it brings happiness and stability in the native’s life. This Yoga elevates the joy in life with sudden riches, promotion, better ability to inspire trust and respect in others. It also leads to a substantial increase in benign and philanthropic nature. When planets are placed in the 6th, 7th and 8th houses from the Lagna or the Ascendant (the first house) or the Moon, it forms the Adhi Yoga. Based on the presence of benefic, malefic or both planets in the house, Adhi yoga can be of three types:

When Adhi Yoga appears from Rashi or Chandra Lagna, it is known as Chandra Adhi Yoga. It is one of the most important Yogas in Vedic Astrology.

Adhi Yoga offers several positive results, based on the position of benefic planets in the houses.

Ask our expert astrologers for Adhi yoga in your birth chart.

There is no native whose horoscope has Yogas missing. Some yogas are believed to bring good luck, there are others that invite troubles. Benefic and Malefic planets are majorly responsible for such yogas. But it is not necessary that benefic planets will always make it’s native rich and famous. In most cases, the Adhi Yoga leads to riches along with success. It also fetches celebrity status for some. ‘Adhi’ stands for ‘the initiation of good’.

The natives born with Adhi Yoga enjoy a great phase in their life where they prosper financially as well as socially. It also indicates that they are a pioneer or a leader in their own field. The results of Adhi Yoga generally manifest during the transition period of any of the three benefic planets namely – Jupiter, Venus, and Mercury. But whichever Yoga is formed in the birth chart, one should not forget that there is no short cut to success. The Adhi Yoga may only give your fate an accelerator but the real work is to be done by self.