Types Of Yoga And Its Significance - GaneshaSpeaks
https://www.ganeshaspeaks.com

Types Of Yoga And Its Significance 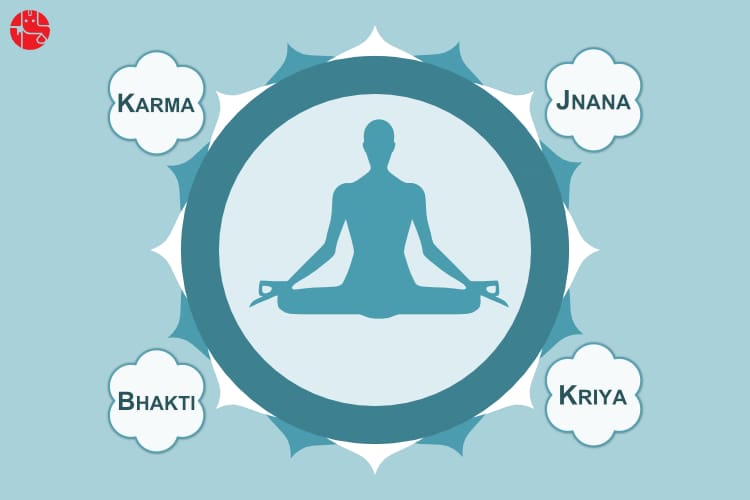 We have seen and read a lot about Yoga and its benefits. But, on a more deeper and intense level, Yoga can actually be a way to merge with the ultimate. This is because it is said that Yoga literally means ‘union’ of some sort. The word yoga is taken from a Sanskrit word called Yuj which means “to unite” or “to join”, which is why it is said that yoga is the meeting of an individual soul with the divine soul!

Yoga may just not be the bending of your body parts or performing difficult poses, but a more sophisticated tool to transformation and self-realization. Primarily, there are four types of Yoga that can help in self-transformation and, in turn, lead an individual in the path of liberation. Each one of them is related to a dimension of life that we can deeply involve ourselves in, to attain Moksha. Bhakti Yoga is more affiliated with the path of emotions, Kriya Yoga is more into balancing the energies, Karma is associated with the body and Jnana with the mind/intelligence.

Thus, each type of yoga is linked and connected with the body, mind, emotions or energy!

According to Vedic science, the whole motto of yoga is to dissolve one’s ego and merge everything into one. Anything and everything around merges and, the identity of ‘you’ dissipates, eventually, with sincere practice.

The word Bhakti is derived from the word ‘bhaj’ from Sanskrit which means a lot of things depending on the perspective with which one is looking at things, including ‘devotion, worship and attachment’ among the others.

Bhakti Yoga is one of the methods through which one can immerse himself/herself in the selfless act of serving the god you connect with the most. It is almost like making your God the guru and serving him with love, respect, and care. This method is inclined more towards emotions and devotion, which is why the act of completely immersing oneself into the ultimate divine energy happens. This kind of yoga utilizes the intensity of the emotions/devotion in awakening the inner soul.

One can seek the assistance of any god who is the closest to him or her, be it Rama, Krishna, Durga, Vishnu, Shiva, and many others. One can also look at nature or creation with emotions and also become a devotee!

This type of yoga is more associated with the process of knowing the creator through internal actions. Even though it is termed as action, it does not have much to do with the body. But, it is more linked with balancing the life energies within oneself. This helps in connecting with the divine, using a different portal altogether.

Kriya Yoga is said to have been taught by Lahiri Mahasaya and is known to be one of the most difficult methods to pursue a spiritual path. The body here goes through an internal process that helps in achieving a state of mind that transcends the physical nature of existence.

Kriya Yoga is not just about standing in difficult postures or asanas, but it is more about how one can completely immerse oneself in the process of knowing which is non-physical (energy) in its essence.

Karma is somewhat interpreted as action, but it is something more than just action, as it may also be related to memory. Furthermore, Karma yoga is one more process through which one can attain liberation or Moksha, the only difference being that it happens through Karma.

It is believed, that any karmic act can either entangle one in the karmic cycle or can let the person be free from its influence. Such is the role of Karma Yoga! In simple words, one can be free from the karmic cycle of existence if he/she performs an act with great attention without worrying about the conclusion, or the fruit of the act. What this does is, when one performs a task with total involvement and awareness, then this action in itself leads the person to the process of liberation instead of intertwining him/her in the cycle of karma.

Thus, one can just do things with total involvement so that one’s karma or action in itself becomes yoga, liberating the soul from the fruits of the deed. Want to know how fruitful will be the year 2020 for you? Get our 2020 Detailed Report!

Jnana in Sanskrit refers to wisdom, and it also means “to know”. Therefore, the path in which knowledge or intellect plays a vital role in self-realization is the path of Jnana Yoga. To add further, it is more about seeing reality the way it is rather than molding it to one’s biased perception towards life. Seeing life, the way it is one of the crucial aspects of this form of yoga!

Jnana Yoga has been mentioned in textbooks like Upanishads and Bhagavad Gita, where knowledge is considered to be of utmost importance to realize the self. This method includes questioning anything and everything around oneself, especially about the atman (soul) and the concept of ‘I’. This makes one’s intellect sharper and sharper every day, eventually leading him to a state where his intellect is everything that he/she relies on, along with the curiosity to know more and more.

Meditation or Dhyana and an in-depth study of all the knowledge already received is the process towards liberation in Jnana Yoga apart from breaking all the conditioning of the soul. Also, believing in any wisdom which is not experienced by the person is somewhat prohibited in this process. When the jnana is experienced, rather than believed, is the time when one knows that he dwells in the path of Jnana Yoga!