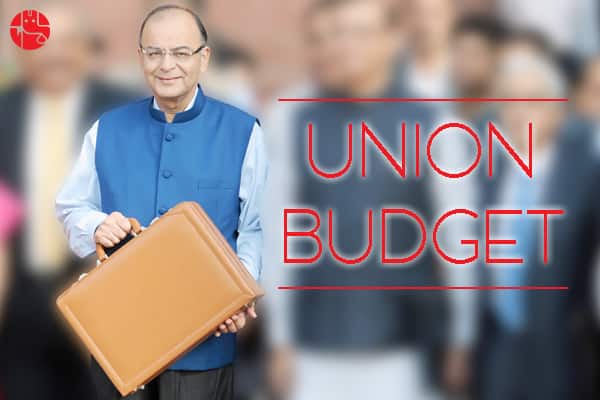 (Image Source: Internet)
The upcoming Union Budget 2018 will be different from all other past budgets in a significant way. In the budgets presented till date, the government mainly focussed on reducing the revenue deficit and strengthening the economy. Hence, they made broad changes in the tax structure. This first budget after implementation of GST on 1st July 2017, will be important both for the corporate sector and small traders. Apart from this, the NDA government has always emphasised on the development of the poor, the villages and the farmers. Thus, special schemes or concessions for agriculture, rural India and the poor are also expected, due to the upcoming Lok Sabha elections. The Union Budget 2018 will be presented on 1st February 2018.
Considering  the horoscope of Independent India, and the planetary position on the budget day, we have provided a short description about the probability of the forthcoming Union Budget.
Independent India's Horoscope
Date: 15th August 1947
Time: 00:00:00 (12 am Midnight)
Place: Delhi

Planetary Positions During The Union Budget 2018

Considering the astrological aspects, the horoscope of independent India has Taurus ascendant, and Rahu is in first house. Additionally, Mars is in second house. Moon, Saturn, Venus, Sun and Mercury are in third house. Jupiter is in sixth house and Ketu is in seventh house. Also read about Indian Economy In 2018.

Political Controversies May Grow After Budget

Currently, India's horoscope is under Moon’s mahadasha, and Rahu-Venus antardasha, which increases the dominance of Venus in the horoscope. There is a lunar eclipse on the previous day of the budget i.e. 31-1-2018, and the union budget will be presented during next 48 hours. Based on the current planetary position and the lunar eclipse, it seems that there will be some unconventional issues in the budget. This may increase political upheaval in the country and also influence the industry & the economy. Considering the position of planets during this year, the budget will mainly focus on sectors associated with infrastructure and rural India as per Union Budget 2018 expectations.

In India's horoscope, the Sun is in third house and Cancer sign. Currently, the Sun is transiting in Capricorn sign & Shravana nakshatra together with negative planet Ketu. Hence, new rules may be adopted for petrol and petroleum products, pure silver, lead and steel. Ganesha also foresees new decisions for pesticides or radical changes in current rules. Distributing electricity to everyone has always been the goal of the Central Government. In such a situation, the power sector will be given priority as per Union Budget 2018 expectations. However electricity, nuclear related products and electronic items like fridge, TV, VCR may become costlier.
Are you facing problems in money matters? Here's how you can get solutions within 24 Hours.

India's natal Moon is in third house and Cancer sign. On the budget day, Moon will be together with Rahu in Ashlesha nakshatra. Keeping this in view, less than expected benefits are especially indicated for cotton, wheat, turmeric, machinery, colour, chemicals, greasy substances, sweets, etc. Liquor and cold drinks will become more expensive as per the predictions for Union Budget 2018. In India’s horoscope, Mars is in second place and Gemini sign. Whereas, transiting Mars is currently swagruhi in Scorpio sign and passing through Anuradha nakshatra. Hence, major changes are likely in paper, ghee, honey, computer, radio, jewellery, revenue sector and railway budget. Will your business surge in 2018? Get the Free 2018 Business Report and know the answer.

With Eye On Elections, Government May Play Safe

The Sun, Venus and Ketu are also transiting together with Mercury in the ninth house. Hence, focus will be on tax collection, revenue deficit, foreign capital inflow, changes in GDP growth rate, etc. Considering next year's elections, the government will mostly adopt a safe, but firm approach in the Union Budget 2018. In India’s horoscope, Lagnesh and Sasthesh Venus is together with Ketu. Hence, changes in the budget will be made for textiles, dairy products, betelnut, liquid medicines and land development sector after considering the public opinion.  Are you interested in knowing about the future of your finances? If yes, buy the 2018 Finance Report.

Health Will Get More Push

Efforts will be made to promote health related programs. There is a possibility that the government will make special provisions for defence sector to make the border more safer, and also pay more attention to public services & medical services to ensure that benefits of the government schemes reaches the masses. Transiting Jupiter will pass over Vishakha Nakshatra and  natal Jupiter in the sixth house in India’s horoscope. Hence, significant changes in benefits related to  stock market contracts like Intraday and F&O, government loans, securities & bonds are indicated. Sandalwood, gold, diamond jewellery, aromatic products and ice may become costlier.

The Impact On Different Sectors:

In the context of different sectors, the budget may be as follows:

The Chaturthesh Sun is together with Ketu in Bhagya Sthan. Hence, if the government does not pay attention to the IT sector, it may affect India's status as an IT hub. Perhaps the decisions taken in this direction may prove to be inadequate, compared to the current demand. Relief in software maintenance and service tax is expected as per Union Budget 2018 expectations.

The position of Venus and Mercury should be good for the auto sector. But on the upcoming budget day, these two planets will become weak as they are together with Ketu. Hence, the auto sector may get disappointed this year as chances of direct benefits are less. However, the hopes of this industry will remain alive as the infrastructure will be provided to them due to Lagnesh Venus.

The Sun is with Ketu in Shravana nakshatra, and Mars is well-posited. Besides, as the Sun-Venus, Sun-Ketu, Mercury-Ketu are in the ninth house, medicines that reduce poisonous chemicals in the body and medicines related to the stomach, heart, headache, eyes, bones, lungs, intestine, uterus, breast, kidney, skin, genital system, nervous system diseases, asthma, respiratory system, delirium, muscle weakness, anxiety, excessive-thinking, insomnia, worms, genital and urine problems may become cheaper or benefits, concessions & schemes for this sector may be provided.

The favourable planetary alignment indicates that this sector will get lots of benefits. This time, the focus will be on the quality & grading of goods and provisions for consumer protection.  Also read about retail chain Walmart.

Banking sector is considered as the backbone of the economy for any country. Hence, major benefits or reliefs are always expected for this sector in the budget. Since the past times, the government is especially keen to reduce the NPA of PSU banks and saving those banks which are facing liquidation problem due to large number of borrowers. Under such circumstances, several major and unexpected changes are likely in this budget. Steps may be taken to form mega banking corporations by integrating small and big government banks. Concessions will also be given to banks for collecting funds from abroad at a lower rate. On the budget day, major changes in Bank Nifty in the stock market is indicated. Thus Ganesha especially, alerts people working in the stock market and says that you should trade only if you can understand the market movement.

The government has always promised cheap housing and excellent infrastructure to the fellow citizens, and has also implemented numerous schemes and regulations to fulfil it. These two sectors will be in focus during this year’s budget. Since Mars will be swagruhi on the budget day, the National Highway Authority, Railway and Airport Authority will get more reliefs. New concessions or schemes for privatisation and modernisation of airports in metro cities and 2-tier cities are indicated. The government will focus more on improving connectivity with small towns for industrial development and employment in distant locations. Homes must become cheaper to fulfil dreams of people to own a house. The Government will take this into consideration and take promotional measures for the real estate.

In India's horoscope, Bhagyesh and Karmesh Saturn will transit in the eight house. As Saturn will be in neutral position, major changes in this sector are not indicated. But, this sector will definitely gain due to implementation of new concessions or schemes provided for infrastructure and farming.

The government always considers entertainment sector as a luxury segment for  any tax-related decisions. As transiting Venus and Ketu are together, Broadcasting companies may not get the due benefits in the income tax laws.  However, new channels will be welcomed and they may get new facilities. Entertainment related gadgets or services can become expensive.

In India's horoscope, Mercury is lord of second & fifth house, and together with Ketu in the ninth house on the budget day. Many unexpected changes are likely in this sector. Additional customs duty may be imposed on cellphones and its parts, but it will be negligible. Overall, it will be beneficial for the common people in the long-term. New regulations may be imposed on companies providing communication services  or a major decision may be taken in this direction.

In India's horoscope, transiting Rahu and Moon are passing over the Sun, Mercury, Venus, Saturn and Moon. While transiting Ketu is passing through the Bhagya Sthan. Hence, some benefits for this sector are indicated this year. Also, companies dealing in seeds, chemical fertilisers, pesticides and drip irrigation may get some relief. However due to Rahu's dominance in the horoscope, there may be some changes in the pesticides, which could be very good or vice versa. Thus, pesticides may become a topic of discussion or controversy.
After the NDA government came to power in the Lok Sabha, they also emerged as winners in the assembly elections. But, as the opposition parties have been on the back foot during the last few years, they are now trying various methods to defeat the government. Anyway, it is certain that India will also continue to move ahead after the budget is presented by the progressive NDA government, which has the sole objective of winning the public confidence through the path of development.
With Ganesha's Grace
Dharmesh Joshi
The GaneshaSpeaks.com Team
To Get Your Personalised Solutions! Talk To Astrologer Now.
Share