World’s Biggest Retail Chain Walmart May Be In For A Rough Ride, Predicts Ganesha 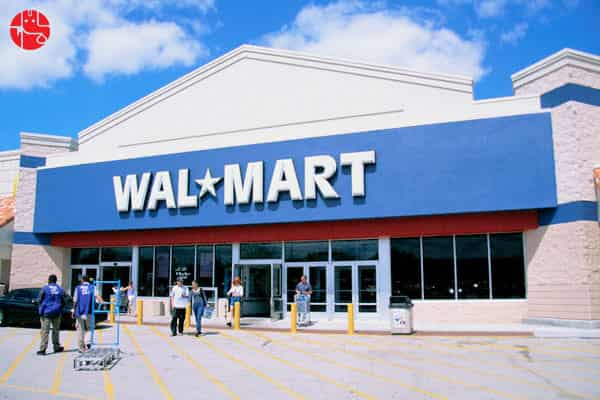 Walmart is America’s biggest retailer which is headquartered in Bentonville, Arkansas. The company was founded by Sam Walton in 1962 and incorporated on October 31, 1969. It has more than 10,000 stores in 28 countries, and is the world’s biggest company by revenue, which has been pegged at $480 billion by Fortune 500 in 2016. Walmart is also the world’s largest private employer, with 2.3 million employees on its rolls worldwide. Ganesha peeps into Walmart’s charts to find out what lies ahead for them. Read on:

Stars Suggest Walmart Will Be In Good Financial Health

Sun and Moon are in conjunction in the first house of Walmart’s Surya Kundli, i.e. both the luminaries are together. The 1st house of the company’s map signifies the leadership potential of the firm and other employees of the organization including the stockholders. It depicts the general conditions of prosperity, health (both financial and human resources), the philosophy of the company and the people’s morale at the helm of affairs. This house also judges the standpoint of the company towards its shareholders and employees as per Astrology.

Sun in the 1st house indicates growth and development in the activities of Walmart. The employees show solidarity and increase their efforts in the hour of need. The enterprises which commence their operations during this period progress well and achieve success. The management and the workers enjoy healthy and cordial relations. This position of the Sun ushers in overall prosperity for the organization. Planets support the earning prospects of Walmart. But what do stars say about your earnings? Buy the Wealth Ask a Question Report and know the answer.

The position of the Moon in the 1st house improves the general conditions of Walmart. It also brings some changes in the attitude of the workers. The boom in commodities’ business is about to explode. The favourable Moon steers in an era of peace and harmony. The activities of the Walmart run smoothly. Is everything okay with your wealth generation? If not, buy the Remedial Solution for Wealth Report and get the solution.

Planets Suggest Walmart Will Be Able To Absorb Unexpected Expenses

The shadow planet Rahu will transit in Cancer sign in the 2nd house (financial house) between 18th August 2017, and 7th March 2019. Venus is already there in this house.) The 2nd house signifies financial fortunes of the company. It also signifies commercial affairs, trade and stock shares of Walmart. The strength of the 2nd house denotes the relations of the firm with banks and other financial institutions. This house provides an assessment of the financial soundness of the company, ability to bear expenditure and capacity to generate profits. Also read about State Bank of India.

Rahu’s Transit Is Not Very Favourable For New Ventures

Finance is the backbone of any enterprise, so it can be viewed in Walmart’s map that the 2nd house is very crucial for its survival and in the time to come this transit denotes resourcefulness and drive to achieve worldly things. Rahu’s transit may be termed negative. Then the new ventures of the company may register losses. The detractors of the firm take advantage of the situation and try to win favours from the embittered parties. Well, that is about Walmart. What about your financial growth? Get the Free 2018 Finance Report and find the answer.

Saturn, Too, Is Unlikely To Favour The Mega Retail Company Walmart

The malefic planet Saturn will transit Sagittarius around 24/01/2020, which is the 7th house of Walmart. The seventh house signifies the relations of the company through contracts and trade agreements, competitors and their activities. It also denotes all the activities connected with the business and trade. It depicts professional acumen of the company in handling intricate and complex issues. The seventh house also assesses the growth and development of the firm. This planetary position will be inauspicious for Walmart. You may also like reading about McDonald’s.

Jupiter, Though, Will Minimise The Negative Impact Of Malefic Planets

Walmart will get Jupiter’s support which passed through 5th house on 11/10/2018 and is transiting in Libra sign. The fifth house rules conventions of the concern denoted by the signs posited in it. It also stands for senior executives of the organization, entertainment and social activities of the firm. The fifth house signifies the standpoint of the stock holders and governing body against the chairman of Board of Directors, which is supportive.

All In All, Walmart Is In For A Challenging Phase In The Year Ahead

Walmart’s kundli does not show much success, so the company may face challenges. The company may also witness unprecedented changes.