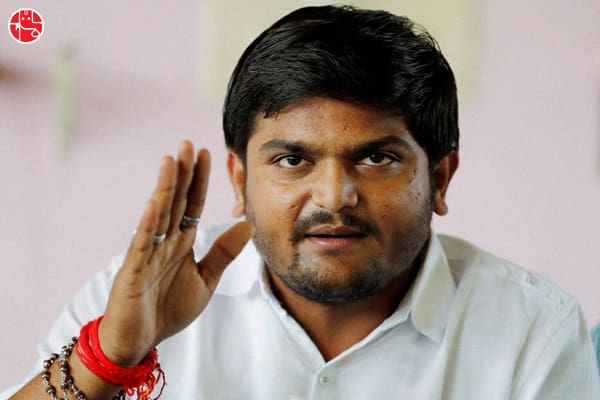 Hardik Patel, the political activist who had furiously led the Patidar reservation movement in Gujarat with the determination to get the Patidars (Patels) included in the Other Backward Class (OBC) category, is today a household name. As Gujarat assembly elections are drawing near, the big question doing the rounds is whether he will be able to damage the electoral prospects of BJP and Congress. Ganesha has analysed Hardik’s horoscope to know what the future holds for him. Here are the findings:

Rahu will be transiting in the 1st house during the year 2018. Basically, Rahu is a planet of illusions and causes delusions & indecisiveness as per Hardik Patel predictions. Hence, he will become very furious and will be inclined to establish his dominance. Hardik Patel will also adopt a highly self-centred approach in politics and thus give more importance to his own interests. His nature will become very stubborn. Moreover, bluntness and rudeness will be clearly evident in Hardik’s speech according to Hardik Patel horoscope. This may also have impact on relationship between Hardik Patel and BJP. The coming months will be definitely significant for Hardik’s career. But how will your career fare in the near future? Buy the 2018 Career Report and find out.

Disharmony With The Establishment

Besides, Rahu’s transit over the natal Sun will cause various problems in accordance with Hardik Patel kundli. The difference of opinion with the government and top political leaders is foreseen due to the malefic effect of Rahu. There is a strong possibility of clashes or disagreements under these adverse circumstances. Disharmonious relationship with bureaucrats is also indicated as per Hardik Patel future. Moreover, relations with the government and politicians will deteriorate during this planetary transit, says Ganesha. There are also chances that the relationship between Hardik Patel and Congress may not be good.

After this transit of Rahu, Jupiter will pass through the 4th house, which shall be beneficial for Hardik. The rise in his income or wealth is foreseen due to the kind aspect of Jupiter as per Hardik Patel birth chart. The planets indicate that he will earn more money from one source or another and also buy some assets. Overall, according to Astrology, his financial condition will obviously improve due to the blessings of Lord Jupiter. Hardik will get richer as per the planets. If you want to know how will financial future fare, get Free 2018 Finance Report.

During the year 2018, Hardik Patel will be under the influence of the third phase of Saturn’s Sade Sati. The Sade Sati phase is mostly regarded as very difficult and troublesome. The native is tested in every manner during this period. There is no doubt that this phase will be very stressful for Hardik. He will experience a lot of stress and confusion. He may face a tough task in Gujarat Assembly elections as the magic of PM Narendra Modi is still running high.

Besides, he will avoid or not be able to take accurate decisions due to his confused state of mind. Patel will be highly distracted, and his mind will also be occupied with various thoughts. The road to success will become very hard or tough for Hardik due to the malefic effect of Lord Saturn. He should be prepared to face several challenges in his career, says Ganesha.

Generally, the seventh house is the significator of partnerships or relationships with people. When a malefic planet like Ketu transits through this 7th house, we can clearly see its adverse effects. Similarly, for Hardik, Ketu will pass through the 7th house during the year 2018. As a result, his popularity will naturally decrease. This may mean more popularity for Rahul Gandhi led Congress and Narendra Modi led BJP. Moreover, Hardik is likely to get involved in some controversy.

2018 Not To Be A Successful Year For Hardik

On the whole, Hardik Patel will face various types of problems, challenges, hurdles, illusions, difficulties, controversies and conflicts during the year 2018. Hence, there are very few chances of his success in politics and the community during the year 2018, says Ganesha.