Rahul Gandhi Numerology: What Numbers Indicate About His Political Career? 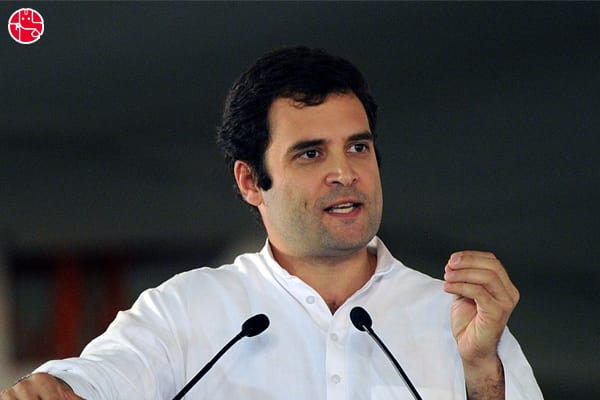 “Politics is the art of the possible”, the famous German leader Otto Von Bismarck had once said. Well, contemporary Indian politics seems to reflect this situation all the more. The emergence of Bharatiya Janta Party (BJP) as the main party of the country and the rise of Narendra Modi as the most popular leader has meant proportionate fall in the fortunes of Congress. The Nehru family had for three generations royally led the Congress and India. But currently, the fortune of Congress are in a bad shape. Congress’ fortunes have been linked to Nehru family for decades and for quite some time people have pinned their hopes in Rahul Gandhi, the present scion of Nehru dynasty. The fate of Rahul Gandhi and Congress may be at stake. But what do the stars say about your career? Find out with the 2017 Career Report.

While Congress did win the 2004 and 2009 Lok Sabha elections, the massive drubbing which it received in the 2014 Lok Sabha elections seems to have completely broken the morale of the party. Many people had attributed this defeat to the lack of proper efforts by Rahul Gandhi and his mother Sonia Gandhi. Congress loyalists and committed voters have become highly anxious and are looking up to Rahul Gandhi to once again lift the party from the morass. Past few years have not been good for Congress. What turns will your life take in the years to come? Buy Detailed Life Prediction Report and know the answers.

There is a lot of speculation about how would the future unfold for the Congress and Rahul Gandhi. Well, Ganesha has done a numerological analysis of Rahul Gandhi and found that he can set things right if he creates the right situation.

So Rahul Gandhi’s destiny number is 33 or number 6,

The number 6 is related to the planet Venus. And Venus indicates beauty and love, that is why Rahul Gandhi possesses such a handsome and lovable personality. It is said that his fans are crazy about him.

But number 6 is not his main number. Rahul Gandhi’s main number is 33. In numerology, 33 is considered as Master Number. This number creates very strong vibrations. 33 is also known as Master Teacher. In the Biblical Numerology, this number is assigned only to Jesus Christ. This only shows again the strength of number 33. 33 number, however, does not work for personal ambition. The number 33 signifies humanitarian activities which will influence the society or country.

The number 33 is formed by adding the number 11 three times (11+11+11=33). Number 11 reflects a visionary approach. So, we see that Rahul Gandhi promotes youth, women’s empowerment and technology in his campaigns. Number 33 always shows thinking long term and thinking about the collective whole.

But as I had said in my previous articles, these are just numbers. The actual game of numerology is to provide you with the best strategy or plan of action to help achieve maximum beneficial results. Proper strategy and appropriate actions are a must to make these numbers give positive results. If you want the numbers in your life to show results, you should also take the necessary actions. Otherwise, numbers by themselves are just indicators.

Going back to the case of Rahul Gandhi, his destiny number is strong enough to influence the society and the country. However, number 33 is made up two times number three. So, it also connotes double vibration of number 3. In numerology, number 3 symbolises the planet Jupiter. In Astrology, Jupiter is the most respected solar planet. He is the master of wisdom and knowledge and that is why this number is also considered as Master Teacher.

So, in order to make the vibration of number 33 happen, the person should have very high knowledge of his/her field and should be in the company of very wise and knowledgeable people. You need constant advice from other qualified people. The teacher should also consider himself/herself a student and should keep learning. If the teacher stops learning, he/she will not remain a teacher anymore. So, learning is very much needed else the effect of number 33 won’t materialise. In ancient Egypt, the number 33 was known as ” Crown of Meggie” which means you need to be highly knowledgeable, humanitarian and humble to get the crown.

As mentioned earlier, number 33 is reserved for Jesus Christ in Biblical Numerology. So, if somebody has this number but can not meet its powerful standards, then it can also result in self-sacrifice or symbolic martyrdom. They may experience an emotional crucifixion. So, if this number works negatively it could result in self-sacrifice or may make the person emotionally unstable for a long time. Thus, those who have this number should acquire great knowledge and awareness. Think before you speak and get advice before taking action are the key points to keep in mind.

In numerology, your birthdate reflects your potential and your name is how you see the world. Your name number indicates, how you think and your beliefs.

His Name Number Can Not Properly Hold His Birth Number

Rahul Gandhi’s name number is 9, which indicates Mars in Numerology. This number indicates energy and passion. Thus, Rahul Gandhi is very passionate and energetic in his life. However, if you combine number 9 with Master Number 33, the combination is not good for great success in your life. Besides, number 9 also indicates hasty thoughts and actions.

If we combine Tarot with Numerology, then his number 36 is not compatible with 33 (his birth number) as 36 represents heavy burden while 33 does not want to take any burden.

If we look at the total of Indian National Congress, it sums up to number 3, which is compatible with 33 but does not match with his name number 9. So, Rahul Gandhi should change his name to get maximum benefits of the strong number 33.

Rahul Gandhi should use his father’s name as his middle name so that it becomes RAHUL RAJIV GANDHI. In that scenario, the total of the name will become 11. This is another master number and can handle his birth number 33 in an effective manner.

Rahul Gandhi joined politics officially in September 2007, so if we sum up 2007, it comes to number 9 again, which is not beneficial to him.

In the conclusion, if Rahul Gandhi learns how to handle his birth number (33) properly, like keeping the company of qualified people and listening to them, etc, it can help him rule the hearts of the people.