The melody queen of India Lata Mangeshkar celebrating her birthday 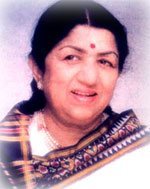 The greatest singer Indian Hindi cinema has ever seen, Lata Mangeshkar is celebrating her birthday. Lata has raised herself to such a level that she has become an asset for the country. People across the world visit India with two dreams in eyes – to see the Taj Mahal and to meet Lata Mangeshkar.

Ganesha finds interesting to give astro-analysis of Lata’s career as a singer.

Lata Mangeshkar was born on September 28, 1929 in Indore with Taurus Ascendant. The position of 1st lord Venus is in 4th house. Moreover, 10th house of career is aspected by Venus. Sun the significator of father is posited in 5th house of art and social inclination as well as Sun is aspected by Jupiter. Thus, she inherited the penchant for singing from her father.

The intensity of emotion and effective contribution of feeling have played a crucial role in her singing career to carve an alcove. Her Taurus (Taurus the significator of throat and neck) Ascendant has blessed her with unique singing quality. Due to the placement of Venus (Venus governs throat) in 4th house of heart, whenever she sings, voice comes from the bottom of her heart. The seventh aspect of Saturn bestows sharpness to her Voice. The 2nd lord Mercury is Atmakarak and exalted in 5th house. Everybody feels that Sarasvati (Goddess of music) has made her house in Lata’s throat. This makes accuracy while singing; her voice modulation is appreciable and pleasing. Once when she sang “aye mere vatan ke logo”, tears rolled down the cheeks of former Primer Minister of India, Javaharlal Nehru. And he said, “Beti tune muje rula diya”.

Lata Mangeshkar is the only India lady who has received Bharat Ratna and Padma Vibhushan, India’s highest civilian honours. The lord of 2nd house of Voice and the significator of Voice Mercury is exalted in 5th house and aspecting the 11th house of fulfillment which is responsible for achieving new heights in singing. Moreover, Mercury is aspected by Jupiter. Moon is powerful. It is situated in her own sign in 3rd house. The third house denotes sister. She has enabled her sister Asha Bhosle to become the most popular singer. The lord of 7th house is situated in the 6th house. Saturn is placed in 8th house, which means 7th house is in Papkartary. As a result, she has been deprived of matrimonial bliss. However, this aspect has been beneficial also. She is having a great power of Moon, whose placement in 3rd house is indicating good fortune. Jupiter, the significator of charity is in 1st house. This may make her charitable and helpful to the needy.

She is always positive to have the force of Jupiter on her side. Ganesha points out that there is presence of Mars and Ketu in 6th house; this indicates that enemies or competitors cannot subdue her strength. She didn’t face any competitor and will not have any. Saturn is situated in 8th house which indicates that she will have long and disease-free life. From November end this year, transiting Jupiter will pass through the Natal Saturn and will aspect the 2nd house of income and throat; this denotes that time will come for the better singing. Financial position would be better. New visions of the future are likely to come with next coming year.