Is Mars The Reason For Your Anger? Know What Your Zodiac Sign Says 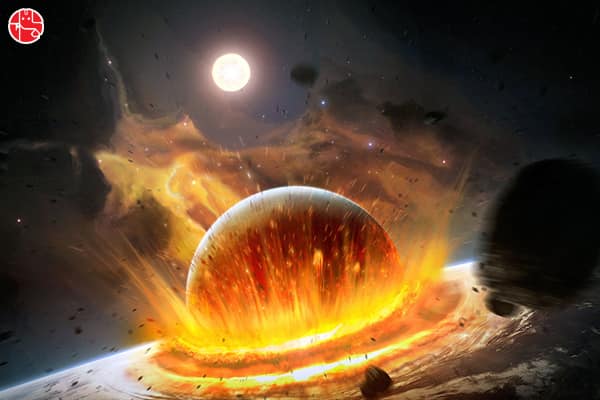 We all get angry. Almost every other day. And anger is not an easy emotion to control. Some of us raise Cain. Some of us remain calm. Everyone has a different way of reacting and responding to things which anger or provoke them. Let’s find out how the different Zodiac signs deal with this primal emotion called anger. Read on:

This article is based on the placement of Mars in your birth chart. To know where Mars is placed in your birth horoscope, Click Here

Mars in Aries natives are very active. They are quick to anger, but it cools down equally quickly. By far the best trait about these natives is that they let bygones be bygones and never hold a grudge. Living in the present is easier said than done, but Mars in Aries natives do it quite comfortably. These natives listen to their instinct, and think on their feet, making them quick decision-makers, and it is a credit to them that they rarely ever go wrong. When a task is over, they don’t sit down to take a break, but spontaneously take up the job that is next in line. Their big assets are simplicity, purity of action, and originality as per Mars in your birth chart. These help in anger management. When life is too predictable they tend to get bored. They are fishing for excitement all the time. When it comes to relationships, natives of Mars in Aries tend to be a bit fickle, and will soon get bored of being with one person, but when they hit upon the right person, they will be loyal to the end. Read more interesting facts about Aries natives.

Mars in Taurus natives, though they tend to be cool and calm, can really flare up when smitten the wrong way. However, they will never bring the roof down but will express their anger in more subtle but nevertheless cutting ways. They crave for security, and tend to hoard their possessions according to Mars in different signs. They are hard workers and will not cut corners to achieve what they want, even if it takes a long time to achieve it. People born with Mars in Taurus can be very sensuous. It is not easy to arouse them, but when they are aroused, it is well nigh impossible to stop them. Do not try to rush the Mars in Taurus native, as you will only end up being frustrated. They will work at their pace but what they deliver will be quality stuff. Also read Taurus Horoscope 2018.

Mars in Gemini natives need just that little impetus to get them going as they tend to be slow starters, and besides, they also tend to get bored easily. So they need to be kept motivated on a consistent basis. The odd thing is that when they have nothing to do, their energy tends to drain out, and when they are faced with seemingly daunting challenges, they are capable of marshaling up unsuspected reserves of energy. These people may not be too quick to anger, but when they do get angry, they like to get it off their chests in a sharply sarcastic way which can cut people around them to bits. Even when not angry, these Mars in Gemini natives are extremely talkative and can go on jabbering till someone asks them to stop according to anger in Vedic Astrology. Read other colourful facts about Gemini natives.

The natives of Mars in Cancer lay heavy store by security, and will react aggressively, though in a passive way, to anything that threatens this security. They actively resist change, and are very determined. Though they may appear to be slow on the uptake, they stick to their resolves to the utmost limits. The Mars in Cancer natives can feel depressed when people react to them with indifference, that is when people do not give them the importance that they feel they deserve. Their anger is passive, and they do not react aggressively until they feel they have been deliberately pushed between a rock and a hard place. Then their emotional outbursts can be volcanic. In relationships, they are very loyal and dependable, and make for extremely good long-term partners. Also read about destinations where Cancer natives love to go.

Mars in Leo natives always strive to rise above the ordinary. In fact, they can be very ambitious and wish to make a huge difference if not to the whole world, at least to the community in which they live. Without contributing significantly to the society they feel that their lives have been meaningless. These people can have strong desires and can be very passionate about them, and it is this passion which gives them great stamina which helps them in achieving their desires. These Mars in Leo natives love to play to high stakes, and take great risks, but at the same time are very responsible people, and will not do anything that will obstruct them from complying with their responsibilities. In relationships, they are, and demand, loyalty and honesty. Also read Leo Horoscope 2018.

The Mars in Virgo people are not really aggressive. However, they can be a bit critical sometimes, they will never resort to throwing their weight around. Even then, being around a seething Mars in Virgo native can be a difficult proposition. When they do get angry, however, they can become overbearing and go on nagging you endlessly, until their anger is doused with some sort of balm appropriate to the situation. They can sometimes be over-emotional and prone to quick nervousness. As a rule they are humble and will follow instructions to the ‘T’, sometimes they have their own notions of doing things and can be very stubborn about doing it their own way. They are energetic and have great stamina, they can become bored and restless when a project stretch for too long. Know more about Virgo, read Virgo Horoscope 2018.

The natives of Mars in Libra tend to respond to things as against reacting, which is a very matured trait and keeps situations from flaring up. However, since responding thoughtfully takes some time to consider the situation, they can sometimes become indecisive or postpone taking the decisions, which in the long run can mar their own interests. Tough this tendency keeps them from becoming unnecessarily angry, the Mars in Libra natives need to learn to hit the middle ground without compromising on prudence. These people are peaceable by nature, but this very quality can irritate some people around them, and it it is not as if they don’t feel the anger inside, it is just that they control it well. This anger then gets channelised in other negative means such as deceit or shady ploys to demean others. Also read Libra Horoscope 2018.

The people born with Mars in Scorpio set themselves impossibly ambitious goals, and go about trying to achieve them with all the resources at their disposal. They have great powers of concentration and determination, which stand them in good stead in their purpose in life. They are tough rivals and go to any extent to achieve their goals, even if they have to exploit the emotions of other people, into which, by the way, they have great insight. The Mars in Scorpio natives, after setting their standards too high, constantly keep testing themselves to check whether they will be able to achieve them. This is more often than not a ruse to hide their own insecurities and it plays havoc with their self-esteem. Many a time it is other people around them who have to suffer because of it. Also read Scorpio Horoscope 2018.

The natives of Mars in Sagittarius tend to work out their anger vigorously. They may go for a cross-country run, or hit the treadmill in a gym. This is no doubt a positive way of sweating out their anger, but sometimes to them this is not enough, and the residue tends to come out in a lot of negative ways, which can hurt both them and the people around them. And the fact that they have very little patience, does not help matters much. The Mars in Sagittarius natives need also to indulge in their adventurous spirit, of which they fortunately have great reserves. For it they will have to travel, which will not only broaden their intellect, but they will very likely learn things which can come in handy in their professions or business. Read more interesting facts about Sagittarius natives.

The natives of Mars in Capricorn prefer to be in complete control of things. Totally focused on the goals of their life, these people do not shrink from hard work. This abundance of self-control is also evident in the way they deal with anger in a relaxed and matured manner. Many a time in order to control their anger, these natives tend to drown even further into their work. The Mars in Capricorn natives are materialistic in nature, but do not show off their achievements or possessions. They do have physical desires but they do not over-indulge in them. These people can be a bit harsh at times, both to themselves and to others. However, they have a strong sense of responsibility and therefore can be relied upon in the case of any kind of emergencies. Also know about Capricorn Horoscope 2018.

Being pushed around by others is one thing that can really tick off a native of Mars In Aquarius. This is because their sense of independence is quite strong, and when someone tries to push over them, they get really angry because they feel suffocated. These natives of Mars In Aquarius need a lot a space and can really become sensitive when someone tries to play with their emotions. In relationships, these natives are generally more detached than attached, but they are fun people to be around with. They like to surprise and shock others, always laced with a healthy lining of humour, which makes them amiable people. They like to give, but rarely expect anything in return. These people, themselves independent, greatly respect the independence of others, too, and will rarely be found to intrude on the personal lives of others. Learn more inner facts about Aquarius.

Natives of Mars in Pisces are some of the gentlest of people. There is a bit of a contradiction in this combination. Mars is a planet of assertiveness, while Pisces is not and are happy to swim with the current. However, this can sometimes pose a problem, especially when someone is being unjust to them and they get angry, they find themselves incapable of expressing their anger, or putting their foot down. If it was not for their ability to let go, they would end up feeling rather guilty of being led up the garden path, and the anger would then get re-directed on themselves. However, their nature being what it is, they tend to forget and forgive, and there the matter rests. When it comes to work, they can be very fickle. One day they will be found working at break-neck speed, while on others they might be found just lolling about. Read Pisces Horoscope 2018, enlighten yourself.