Will BJP Continue Its Winning Streak In Gujarat? Know This From Ganesha 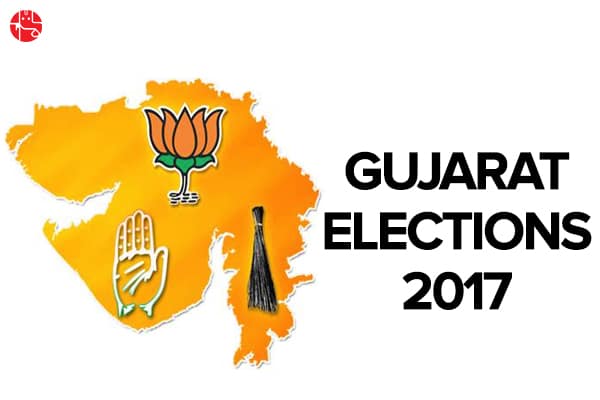 As the Gujarat Assembly Election 2017 draws closer, it is shaping up to be a very interesting prospect. The million dollar question on everyone’s lips is will BJP win again or not, and if they do, will they increase their seat tally. As a matter of fact, the Gujarat polls appear to have little to do with the state itself. It is being seen as a contest between PM Narendra Modi and Congress president-in-waiting Rahul Gandhi, who was till recently called “pappu”, the indefatigable loser, who has now been repackaged and appears to be a far more self-confident politician. Few people realise it, but for Rahul Gandhi and Dynastic Politics, this may be a make-or-break election. A humiliating defeat could push the Gandhi family, already discredited by many as unworthy of leading the Congress party anymore, further into oblivion. The Gujarat Assembly Polls are also being seen as a referendum on PM Modi’s most controversial decisions such as demonetization and the implementation of GST. Campaigning during the run-up to the Gujarat Assembly polls will be important enough, but Ganesha analysis both parties’ foundation day charts, and predicts the outcome. Read on.

Congress is under the influence of Jupiter Major period and Venus Sub period. The transiting Saturn is moving over the natal Sun in the 10th house as per Congress kundli.

Double transit effect of Saturn and Jupiter is activating the Dasha Lord Jupiter.

BJP is under the influence of Sun Major period and Venus Sub period. Last phase of Saade Sati is in force as per BJP kundli. Planets may favour BJP in these elections. Do you want to know whether planets will support your career growth? Buy the Career Ask Question: Detailed Advice Report and know the answer.

Double transit effect of Saturn and Jupiter is also activating the Ascendant and its Lord Mercury both.

As per Gujarat State foundation Horoscope, the transiting Saturn is moving over the natal Saturn. Also, the transiting Ketu is passing through the 8th house from natal Moon.

On the voting date, 9th December 2017, the transiting Moon will be passing through the Leo Sign in Magha Nakshatra. The Ascendant Lord is stronger and 7th house Lord is combust. Also, Mars is in exchange with Venus. Elections are interesting phenomenon in India. They also involve money power. Do you want to know about your financial situation? If yes, avail the Free 2018 Finance Report.

On the second voting date, 14th December 2017, the transiting Moon will be passing through Libra in Swati Nakshatra. The Ascendant Lord is stronger and 7th house Lord is combust and placed with retrograde Mercury. Also, Mars is in exchange with the Venus.

On the vote counting date 18th December 2017, the transiting Moon will be passing through the Moola Nakshatra in close conjunction with Sun and Saturn in Sagittarius sign.

The ruling Dasha period of Jupiter-Venus and double transit impact are favourable for the Congress to make a come-back in Gujarat. However, Congress might suffer due to unfavourable Venus Sub period.

The ruling Dasha period of Sun-Venus favours BJP. Double transit impact on Ascenant and Mercury also favour BJP. However, the last phase of Saade Sati and Dasha Chhidra indicate the BJP may suffer to an extent.

Planets Indicate That The Margin Of Victory May Be Narrow

The voting date charts favour BJP more. However, it indicates a very close contest and neck and neck competition in many constituencies and margin of win will be narrow.

Rahu And Ketu May Confuse Voters, And Results May Be Unpredictable

The transiting Moon in the Nakshatra ruled by Ketu and Rahu on voting dates indicate the confusion of the voter. Hence the voting pattern will be highly unpredictable and may bring unexpected results. It also indicates huge voting in favour of one party.

The Sun-Saturn-Moon conjunction on the counting date also indicate a close contest between both the parties. It is also to be noted that the entire election process for the Gujarat Assembly right from the date of announcement, first phase and second phase of voting and the date of results, the transiting Moon is under the influence of Rahu and Ketu ruled Nakshatra. Hence, the results of the forthcoming elections will have “a surprise element”. The results will either go heavily in favour of one party or it will be a very, very close mandate as per the vote share.

All In All, The Cosmic Configurations Indicate A Win For BJP

Considering all the parameters, it seems BJP will win the contest and is likely to form the next government in Gujarat.