Will ‘My Name is Khan’ be a Box Office hit?

While some political parties continue threatening to disrupt the release of ‘My Name Is Khan’, Shahrukh’s innumerable fans are eagerly waiting for the film to hit the silver screen. The Yash Raj film, co-produced by Gauri Khan, is directed by Karan Johar. The film is about the relationship between a single mother and a man suffering from autism and how their life changes after the 9/11 terrorist attack in America.

The Badshah of Bollywood, as he is rightly called, made his acting debut through the television series ‘Fauji’ and has never looked back since then. Today, the name Shahrukh Khan is almost synonymous with success, thus making him the most sort after actor in bollywood.

‘My Name is Khan’ is slated for release on 12 February 2010. Ganesha uses Vedic Astrology System to find out if the film will be a Box Office hit. 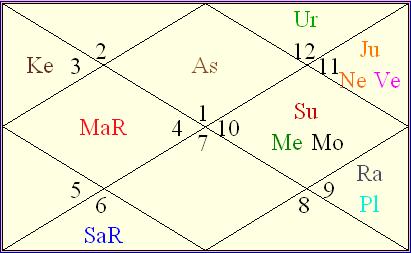 Good luck and may Lord Ganesha bless the cast and crew of ‘My name is Khan’.