Vishal Sikka is a blessed one and he is sure to scale greater heights, Says Ganesha…q

Vishal Sikka is a blessed one and he is sure to scale greater heights, Says Ganesha… 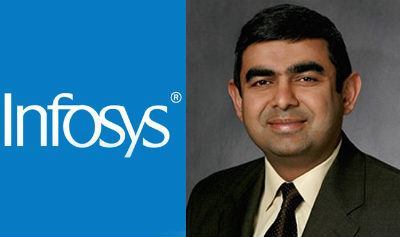 Infosys recently posted its best revenue growth in nearly 4 years, while in volume terms, the company put up its best performance in 19 quarters. The strong show triggered huge buying interest in Infosys shares. The stock gained as much as 15 per cent, adding over Rs 37,500 crore to the wealth of the shareholders. Analysts were quick to link Infosys’ outperformance with its CEO Vishal Sikka – the first non-founder head of the company. Dr Sikka, who took charge of Infosys last August, took bold decisions in three key areas – client management, new technologies such as artificial intelligence, and the high-margin digital space – to regain ground lost to rivals. But what do the Planets indicate about the smart and quick-thinking Sikka? Find out the answers with Ganesha…

1) Vishal Sikka comes across as a very promising business wizard, but what do the stars indicate about him? Will he be able to become one of the greatest management stalwarts ever?

2) Infosys has been progressing really well under the management of Sikka, so are his stars favourable for him currently?

Ganesha wishes a great time ahead to Vishal Sikka.