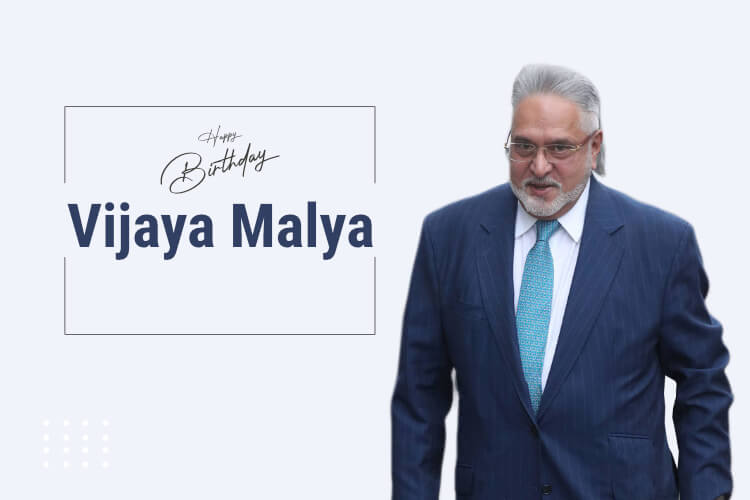 Vijay Mallya is an Indian Businessman magnate and politician and ex-chairman of United Spirits Ltd, the largest spirits company in India. Kingfisher Airlines was his major business venture launched by Mallya. But eventually, it became insolvent, and thus it had to be shut down.

Vijay Mallya, who was once well-known for Kings of Good time because of his extravagant lifestyle, is now declared as a fugitive because of the money laundering charges against him. And now he has become a subject of an extradition effort to move him back from the U.K to India to face charges of financial crime. Several agencies, including the income tax department and central bureau of investigation, are now looking for him for the charges he has committed.

As we have talked a lot about the past, now let’s see what his future babbles about him based on his Natal Chart.

You too want to know what your future leaks about you? And what opportunities will it bring? Then find it out in your 2021 Highlight report.

As born in the Zodiac sign Sagittarius, the savvy businessman will be under the influence of major Saturn and the sub-period of Jupiter. And this will end on 7th March 2022. The transiting Jupiter and Saturn would move over the moon posited in the 12th house, and Rahu will transit over a planet posited in the 10th house of his chart.

Do you want to know what planets and their position has to reveal about you? Find out today with a personalized Janampatri.

Vijay Mallya is On The Way Back Home

The current situation of Mallya indicates his presence out of India. The transiting Jupiter aspect, the 4th house in the chart, indicates that Vijay Malay would return to India before the 3rd week of October. The lord of the 12th house aspect the 4th house, and lord of the sub-period aspect Venus, and lord of 4th house posited in the 11th house. All this unity of planets might help the government to bring him back.

Vijay Mallya May Be Hell-Bent For His Financial Acquaintance

The Natal Sun, Mercury, and Venus posited in the 11th house. The Jupiter aspect the 11th house from the 7th house. The transiting Saturn aspect Mars. All this astrological configuration indicates that he is likely to make another offer to the banker as a settlement package for his career, Status, and prestige for getting rid of the current situation. He may do anything for his gains and benefits to seek financial help from banks.

We wish this business tycoon a very Happy Birthday.