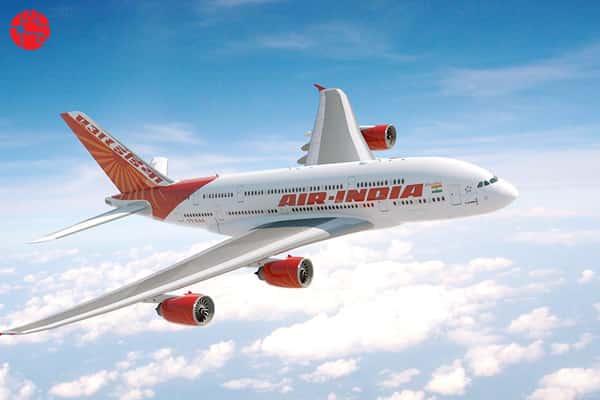 Serving the air-faring public at large, Air India has traversed a long and varying journey over the last several decades. Contrary to the general perception, Air India did not begin as a government-run organisation. J.R.D. Tata had started ‘Tata Airlines’ in the year 1932. After the World War II ended in 1946, Tata Airlines was declared as a public limited company on 29th July 1946 and was renamed as Air India Limited. Later, on 8th June 1948, the government took full control over the company and named it Air India, making it a complete government-run airline. Now, there is news all around that government may sell its major stake in Air India. Ganesha has analysed the foundation chart of Air India to gauge the future. Here are the findings:

As per the horoscope, the position of Moon and Jupiter provide the benefits of Gaj Kesari Yoga. Moreover, Venus is fully aspected by Jupiter and hence it provides protection to Air India. Due to the complete aspect of Jupiter on Mercury – the dhanesh and panchmesh, the company has achieved financial stability. But the bhagyesh and karmesh – Saturn is in the enemy house of Moon. Apart from this, it is fully aspecting the bhagya sthan and its 10th aspect is on Rahu in the 12th house. As a result, a Shapit Dosh is formed. Besides, as Ketu is in the 6th house, it creates unknown rivals and powerful opponents in business, who may cause problems.

But, the transit of Jupiter over Ketu in the house of activity may provide an interim path up to some extent. Further, the signifying planet for government – the Sun is transiting in Pisces sign. Moreover, due to the ninth aspect of transiting Jupiter (which is in Libra sign) on Jupiter, Moon (company’s activity), Venus (company’s situation & work field) and Mercury (financial position of the company), and its aspect on the karma field, the company will be able to adopt a practical path.

From 14th April 2018 to 14th May 2018 the Sun will be in Aries sign, and then from 14th June 2018, it will be in Taurus sign. Hence, Air India may sell its 76% stake during this period, because the period till 12th October 2018 is overall moderate for the company. Thereafter, Jupiter will start transiting in Scorpio sign. Thus, as per the analysis of the planetary positions, there is a strong possibility of Air India’s privatisation.