The Myth About Pitru Dosh 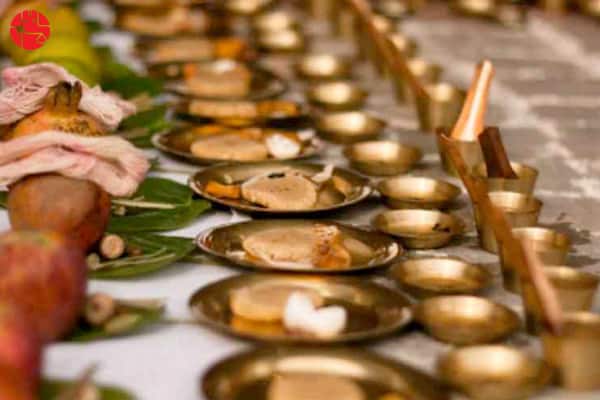 Pitra Dosh is considered to be one of the most crucial elements in the world of Indian Astrology. However, it is often mistaken as the curse of the ancestors. But, this may be a misleading statement to confer. As they say, half knowledge is dangerous, it becomes all the more important for you to obtain all the detailed information about ‘Pitru Dosh’. Let Ganesha explain further! Also, know more about Pitra Dosha and the numerous problems that it may create in your life.

What Is Pitru Dosh?

Pitra Dosh is not the curse of our ancestors or forefathers. It is a Karmic Debt of the ancestors which needs to be paid by the person affiliated with Pitru Dosh in the natives’ horoscope. In simple words, a Pitru Dosh is formed in the horoscope of a person, when his/her forefathers have committed any mistakes, crimes or sins in their life journey. So in return, the person is deemed to pay the Karmic debt by experiencing different punishments decided for those debts in different spheres of life. The person has to go through this until the debt is cleared either by taking the punishment or by replacing it with performing good actions. Read more to know about Pitra Dosh and its affiliation with Gokarna!

What Astrology Says About Pitru Dosh?

Astrology has a perfect explanation for this problem. When, knowingly or unknowingly, our ancestors committed mistakes or sins in their lives, it is all reflected in our horoscope as Pitru Dosh or Pitru Rina. Being their children, we are destined to suffer from those ill-effects. Moreover, because of the malefic effects of the inflicted planets, benefic planets also stop giving favorable results.

You can also Ask Our Experts and take guidance from them for all your issues pertaining to Pitru Dosh!

These Doshas are reflected in our Horoscope when planets attain certain positions in a horoscope. The following are the common planetary positions, which form various kinds of Pitru Doshas:

Whenever Pitru Dosh is found in the native’s birth chart, besides regular remedies, one should offer food to crows, street dogs, and sweepers during ‘Shradhas’ (the lunar paksha dedicated to the forefathers).

In Vedic Astrology, offerings for Rahu and Ketu are given to alleviate the Pitru Dosh – if the curses of forefathers are found in the natal chart in the form of close afflictions of Rahu and Ketu/or aspects on functional benefics/or continuance of malefic planets Dasha periods. Services to parents, elderly and needy people, sweeper and poor people is recommended.

As far as remedies for Rahu and Ketu are concerned, Tuesday is considered as the day for Ketu. Friday and Saturday are considered as the days for Rahu. So, prefer propitiatory charities for crows, street dogs & sweepers respectively on these days. Crows in mythological literature represent forefathers whereas Ketu represents spiritual people.

Pitra Dosh Remedies For Other Planets

Remedies for the Sun & the Moon

Mother/Father/King in mythological literature represents the Sun & the Moon, when afflicted/ill-placed in the natal chart, are believed to be attributed to the wrong deeds done to parents. The preferred propitiatory charities are recommended. For the sun & the moon- feed animals like cows and oxen.

The preferred propitiatory charities are recommended for the needy/poor women, wife, etc. Close affliction/ill placement of Venus in the natal chart is believed to be attributed to ill-treating females or one’s wife in previous lives.

The preferred propitiatory charities/services are recommended for poor people. The close affliction and the ill placement of Saturn in the natal chart is believed to be attributed to the wrong deeds to servants or poor people in one’s previous lives.

Avail our Saturn Transit/Sade Sati Report 2020 to understand how the transit of Saturn will impact you this year!

The preferred propitiatory charities/services are recommended for Jupiter (Guru), learned people and husband. The close affliction of Jupiter in the natal chart is believed to be attributed to wrong deeds done to learned people, one’s guru and one’s husband in the case of females in the previous lives.