Importance Of Sun In Astrology 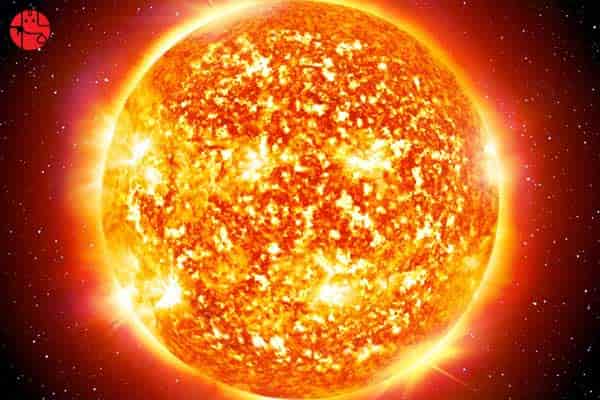 Sun is the only celestial body in our Solar System which shines by its own light. Moon and all other planets & satellites only reflect the light they get from the Sun, thus becoming visible. Therefore, Sun is regarded as the king of our planetary system. Sun is a male heavenly body and represents the Tamo Gun (the mode of Ignorance) as per the Indian classification of nature and karma. Sun also symbolises father, son, heart and power. Sun is very sharp in its effects. Our world will be lost in complete darkness if the Sun stops shining. Plants emit oxygen by using the sunlight. Indeed, the existence of Sun is the basic condition for the survival of humanity and other life forms.

Settle your karmic liabilities. Buy and wear the Ruby Gemstone for Sun.

The Benefic And Malefic Positions Of Sun In The Horoscope

Sun delivers results similar to the precious Sanjivani, the single herb which can treat all forms of illnesses. Thus, while analysing the birth chart, Astrologers give a lot of importance to the position of Sun. Sun rules the fifth Zodiac Sign, which is Leo. Sun is the Lord of the fifth house. If Sun is at 10 degrees in Aries, it gets into a highly exalted state. On the other hand, if Sun is at 10 degrees in Libra sign, it becomes subdued. Besides, Sun forms a trine in Libra, if it is between 0 to 10 degrees. As per Astrology, Sun rules Kritika Constellation in Aries. Also, Sun rules in the following positions: 2nd, 3rd, 4th houses in Taurus; 2nd, 3rd and 4th houses in Virgo and 2nd, 3rd; and 4th Houses in Uttarashadha in Capricorn.

You will be blessed by the mighty Sun God if you buy and pray to the Surya Yantra Golden Plated.

Sun And The Cycle Of Seasons

Sun completes its zodiac cycle In one year. It stays for one month in each of the 12 zodiac signs. It creates Uttarayan (Northward movement) during its transit from Capricorn to Gemini and from Cancer to Sagittarius, it forms Dakshinayan (Southward movement). Seasons happen because of the Solar movement.

Sun’s Journey In The 12 Signs During One Year:

As per the planetary positions, the rainy season takes place between Adra and Chitra, winter season happens from Swati to Ghanishtha and the period between Shatbhisha and Mrigsheersh is for Summers.

Invite the grace of the Cosmic Powers. Settle your personal issues. Buy the Remedial Solutions for Personal Issues Report.

Sun’s Conjunction With Different Planets And Its Effects

Astrology regards Sun to be a very important celestial body. As per Astrology, Sun stands for Soul (Atma) while Moon stands for Mind. Now, let us see the effects of Sun’s conjunction with different planets, in the native’s horoscope:
1) The conjunction between Sun and Moon can make a person strong-willed and determined. The native will be full of energy and he/she will accomplish whatever he/she aspires for.
2) The conjunction between Sun and Mercury can endow the native with lots of intelligence. This intelligence will benefit the person in many areas of life.
3) If Sun and Mars are in conjunction, it creates Angarak Dosh. These natives are short-tempered and hot-headed. They make mistakes as they are prone to act impulsively.
4) When Sun is in conjunction with Jupiter, it will create a very powerful spiritual effect. Astrology considers Sun to be soul and Jupiter our inner-self. This combination can draw the native towards religion and spirituality. At the same time, this combination can make the person quite rigid.
5) The conjunction between Sun and Venus is highly beneficial. Venus gives enthusiasm while Sun is the source of huge energy. This combination can create a highly royal attitude in life. However, there is a possibility of the native becoming dissatisfied due to this planetary position.
6) As for the conjunction between Sun and Saturn, it leads to Shrapit Dosh. This creates a lot of struggles in life. It is interesting to note that despite Saturn being Sun’s son, the relationship between the two of them are far from cordial. So, this combination may create a bitter relationship between father and son.
7) If there is a conjunction of Sun and Rahu, it causes Grahan Yog. It may also cause Pitradosh. The native may have to face serious obstacles in life. Difficulties do not end, so it also causes a reduction in self-confidence.

Thus, we see how Sun’s different positions (with different planets) cause varying results.