The Story Behind The Illusionary Planet Of Rahu - GaneshaSpeaks
https://www.ganeshaspeaks.com

The Story Behind The Illusionary Planet Of Rahu 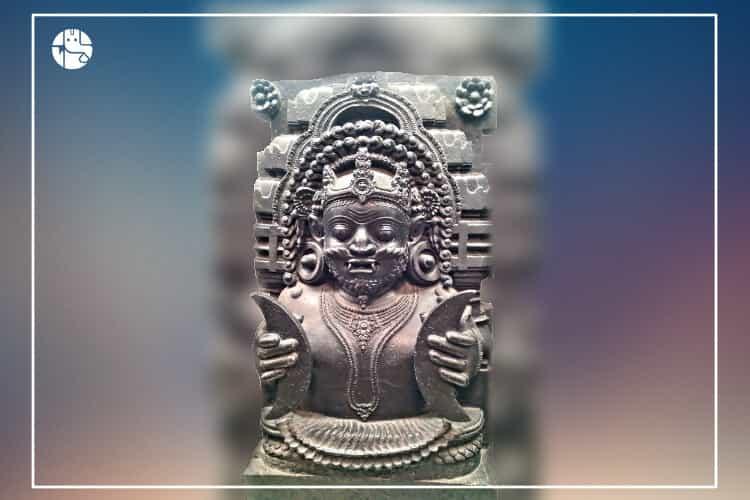 Rahu or Swarbhanu is known as the North-node of the Moon and also as the Dragon’s Head. In Sanskrit, Raa means to hide or that which is hidden, mysterious or secretive. The other name of Rahu is Bhayanka. Rahu is said to be merciless, internally and even externally! Rahu is considered the Minister of the Asuras and is the son of Viprachitti and Simhika- the Rakshasa (demon/ogress) sister of Bhakt Prahalada- the great Bhakta of Lord Vishnu. He is said to be born on the Chaturdasi (14th day) of the Krishna Paksha (dark fortnight) in the month of Bhadrapada.

However, the role of Rahu in the functioning of all the factors in the world is inevitable and crucial. He is the chosen one of the Almighty to maintain a balance in the universe and to keep bringing change. Wisdom lies in understanding the power and significance of Rahu- ‘The Mighty One’. You can also learn more about Rahu in our article on The Positive Nature Of Rahu!

The Story Of Rahu

As per the famous story, after the completion of the process of Amrut-Manthan (churning of the ocean for the attainment of nectar), to avoid any confusion and ruckus from the side of Asuras, the Devas and Asuras were divided into 2 camps. Lord Vishnu took the form of the Celestial Enchantress Mohini and took upon himself the task of serving the Nectar to the Devas and Asuras. The actual plan was to finish the nectar before the Asuras’ turn came. So releasing this plot, the Asura Swarbhanu crossed over to the camp of the Devas, disguising himself as a Deva. He went and seated himself between Surya Dev and Chandra Dev.

Suddenly Surya and Chandra discovered this sly trick of the Asura and reported it to Lord Vishnu. Feeling enraged, Lord Vishnu hurled his Sudarshan Chakra (Discuss) at Swarbhanu, which cut and detached his head from the body. But he did not die as he had already consumed a few drops of the Nectar. He was now immortal. So, now the head came to be known as Rahu and the lower half was named Ketu. So these two became the 8th and 9th planets in astrology respectively. Also, read further to know more about Rahu, its effects on humans the remedies to nullify them!

It is said that though Lord Vishnu was already aware of the real identity of Swarbhanu, he let him consume the Nectar as he knew that it all was already a part of the cosmic plan and that he had already been blessed by Lord Brahma with a boon which conferred upon him the power and status of a Planet, as a result of his severe penance.

The Import Of The Story

So even in general, Rahu is considered to be very fearless but this fearlessness is laced with immorality and utter disregard for authority and the general rules, as can be seen in the above story.

Following rules and regulations, is not Rahu’s cup of tea. He prefers constantly breaking the rules, defying the general norms, breaking social customs, challenging the authority and creating troubles for others. Sun is the authority and Rahu considers him his prime enemy, so the constant dislike and rebellion against authority (Sun). Rahu is generally called the Chief Tormentor of the luminaries- Sun and Moon. That is why, when the eclipses occur, it is said that the nodes- Rahu and Ketu are taking revenge with the luminaries by enveloping them in the evil darkness.

Appearance And Nature Of Rahu

Rahu is always furious, violent, aggressive, secretive, mischievous and mysterious. His temper is so horrifying and disastrous that it is said that when furious beyond a limit, he can explode as devastatingly as a nuclear bomb. He is obsessive, compulsive and stubborn too. His frame and appearance is very frightening and terrifying as he is a Head fixed to the body of a serpent/snake. He has bloodshot red eyes and a big mustache. He always carries an expression of anger and aggression on his face. His complexion is said to be of the sky-blue/light purplish color as he has control over all poisons in this world.

His head has two horns as he is a Daanav (Devil) and his crown has a skeleton head (skull). He carries a Sword and a Trident (Trishul) in each of his hands. He worships Lord Shiva and thus has three lines on his forehead as well. Decked in shining jewels and ornaments, this Cosmic Trickster always has a Raat-rani flower in his hands for he loves the fragrance of it.

What Does He Represent?

Rahu represents the most profound mysteries and darkest secrets. All that is unknown to the normal people is represented by Rahu. That is why, even the things, subjects, creatures and people represented by Rahu always remain away from the view of the normal public. Be it reptiles, occultists (sorcerers, wizards, magicians), smugglers, terrorists- all of them have a very uncertain existence and inhabit in the most unusual places. They prefer to remain secretive just like a snake or a scorpion or a centipede. All the activities that take place in the dark and in the night time are the result of the Rahu effect. That is why the night time is said to be the evilest time of the day.

Rahu fundamentally represents extremes and contradictions. On one hand, he denotes criminals and anti-social elements, but on the other hand, he also signifies spies, informers and intelligence officers who trace the same criminals and make them face the punishment for the crimes. He is the most perplexing and intriguing planet in Astrology! It is also the most feared planet in Astrology, a lot more feared than even the super-tough Taskmaster Shani Dev or Lord Saturn! Besides, Saturn has entered Capricorn and may remain in this sign till April 28, 2022, in the Sade Sati 2020. Get our Saturn Transit 2020 Report and know the effects of this transit on your sign as well!

Rahu also represents ignorance, illiteracy, and darkness- darkness in all aspects. It is said that most of the problems in life are caused due to ignorance and lack of proper awareness. He creates clouds of illusion and shows a picture that is very far from the truth. Thus, unable to realize what the exact truth is, the person ends up committing a lot of mistakes. What is the result? Only Confusion, obstacles, humiliation, sorrow and losses are the result.

So a person with a combination of Rahu with other planet/s can be found to have magnified characteristics of the planet in association with Rahu as even Rahu would somewhat function as the planet. To reduce the negative effects of Rahu, one can obtain our Copper Rahu Yantra that is purified, energized and attuned by our Expert Astrologers!