Can The Fastest Man On Earth Usain Bolt Make A Mark In Football? 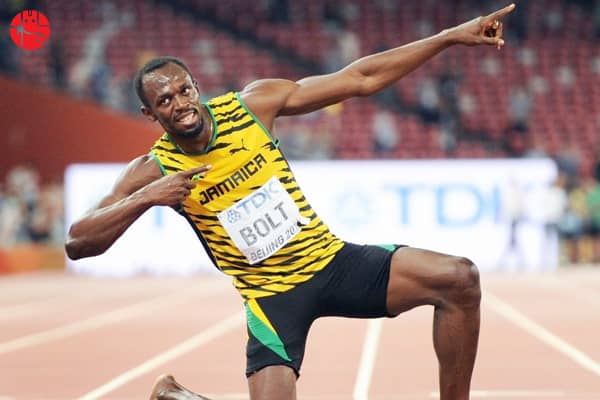 Usain Bolt, the retired Jamaican sprinter has been a phenomenon in the past. He is the only person who holds world records for both the 100 metres and 200 metres race. Indeed, he can be called the fastest man on the planet. But things do not end there. After announcing his retirement in 2017, Usain Bolt has joined a football club. His desire is to play football for Manchester United one day. Will he create a sensation in football as well? Well, Ganesha has analysed his kundli and looked into his future. Here are the findings:

Jupiter, The Factor Behind His Success

Jupiter is in close conjunction with Moon which forms a strong Jaimini Rajayoga. This planetary combination has given Usain Bolt exceptional abilities, success, prosperity and fame. These things are going to increase with the passage of time. His fortunes may rise. But what about your career? Buy the Career Ask A Question Report and settle the query.

His Fame Likely To Increase

Besides, Mars is in the fiery sign Sagittarius. This combination is a boon for sportspersons. That is why Usain Bolt is playing so well and drawing attention from across the world. His fame will grow in 2018 as he explores the world of football. Well, do you want to explore your future? Buy the 2018 Detailed Yearly Report, know your future, make the most out of it.

Fire Inside Will Make Him Struggle Hard In Football

Mars and Mercury are very important in the game of football. Usain has both these planets in his chart. Thus, Usain Bolt is endowed with lots of strength and energy. His energy will make him work hard in his new area: football. We work to earn money and make our life comfortable. Are you facing financial problems? Avail the Free 2018 Finance Report and get golden guidance to solve your problems.

Rahu May Restrict His Performance In Football

However, the current transit of Rahu may make Usain Bolt confused. Losing proper frame of mind, he may commit mistakes. His performance as a football player may be mediocre and inconsistent. Transiting Saturn points to some fitness issues. Also read about Cristiano Ronaldo.

The transiting Saturn indicates some fitness issues. Usain Bolt will be prone to injury which may restrict his progress. So, inspite of an internal fire, planets may not let him flourish in football. However, if he keeps trying, the period starting from September 2019 may let him make a mark in football. You may also find this article on Lionel Messi interesting.