2018 Going To Be The Most Challenging Year For Cristiano Ronaldo 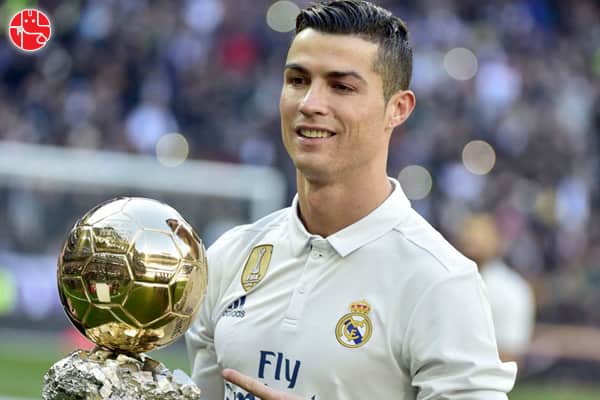 (Image Source: Internet)
Russia Vs Saudi Arabia: Today's FIFA Football Match Prediction
Cristiano Ronaldo dos Santos Aveiro, a Portuguese professional footballer who is considered to be one of the best footballers of modern times, plays forward for Spanish club Real Madrid and the Portugal national team. Cristiano Ronaldo moved from Manchester United to Real Madrid in a transfer worth £80 million in 209 at a time when he was considered to be the most expensive footballer. Some football pundits regard  Cristiano Ronaldo as one of the best players of all time with 5 Ballon d'Or awards under his belt. He is the first player in history to win four European Golden Shoes. Cristiano Ronaldo has won 25 trophies in his long-spanning career, including four UEFA Champions League titles and one UEFA European Championship. Cristiano Ronaldo has scored more than 600 senior career goals for his club and country. Read on to see what Ganesha has to say about his future.
Cristiano Ronaldo
Date of Birth: February 5 1985
Birth time: 05:25 AM (Unconfirmed)
Place of Birth: Funchal, Madeira, Portugal
Natal Chart

The transiting Saturn will be passing through the Ascendant throughout the year in Cristiano Ronaldo's charts, posing obstacles in his career graph. Also read about Lionel Messi.

The transiting Rahu will be moving over the natal Moon, also throughout the year in Cristiano Ronaldo's charts, causing wild fluctuations in his performance.
Are you facing struggles in your career? Let’s find out when you will get relief.

The transiting Jupiter will be passing through the 11th and 12th houses during the year 2018 in Cristiano Ronaldo's charts, and it will help him overcome adversities satisfactorily.

1st Half Of 2018 May Be Dull For Cristiano Ronaldo

The Year 2018 is going to be a rocky road for his career. Planetary influences may not allow him to give the best of his performance during the first half of the year 2018. Are you concerned about your business growth? Get the Free 2018 Business Report and turn the situation to your advantage.

Cristiano Ronaldo Likely To Have Problems On And Off The Field

He may have ups and downs on and off the field and there will be some tensions between him and his colleagues. His performance will not be consistent.

Cristiano Ronaldo Will Regain His Rhythm After July 2018

He will be struggling to find his rhythm and will remain under pressure. Cristiano Ronaldo will require to stay focused, but he will reap the benefits after July 2018.

One Problem May Impact Multiple Areas Of Cristiano Ronaldo's Life

He will experience a fair share of personal and professional problems during the year 2018. Also, matters from one aspect of his life will keep impacting other areas of his life.

He can still overcome the obstacles by summoning the inner strength that he has derived from the immense success in his career.

Cristiano Ronaldo Will Make A Significant Mark After 2018

His performance will improve after July 2018 and he is likely to make a significant mark.

Cristiano Ronaldo Will Have To Take Extra Care Of His Health

When it comes to health, he might need to take extra care to remain fit. He will be prone to injury or fitness issues between March 2018 and August 2018.
With Ganesha's Grace,
Tanmay K. Thakar
The GaneshaSpeaks.com Team
To Get Your Personalised Solutions! Talk To Astrologer Now.