Gopi will continue to flourish as a coach and produce more international players, feels Ganesha 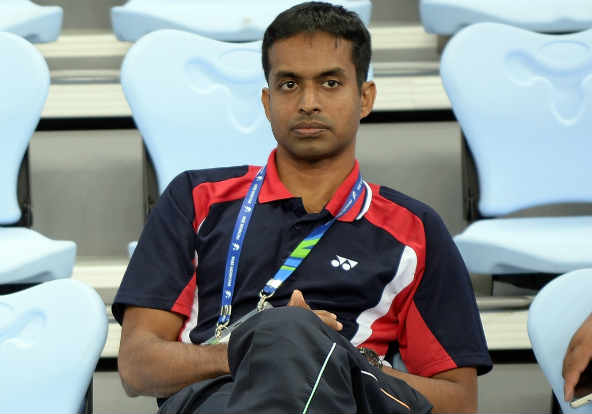 The All England Badminton champion of 2001, Pullela Gopichand is the present national coach of India, under whose tutelage PV Sindhu won a silver medal in the recent Rio Olympics. Gopi, as he is fondly called by his fans, runs the Gopichand Badminton Academy in Hyderabad, and has a produced a bevy of champions such as Saina Nehwal, PV Sindhu, Parupalli Kashyap, Srikanth Kidambi, Arundhati Pantawane, Gurusai Datt and Arun Vishnu. Gopi won the Arjuna Award in 1999, the Dronacharya Award in 2009 and the Padma Bhushan in 2014. During his playing days, Gopi was the invincible national champion for five years in a row from 1996 to 2000. Ganesha peeps into his horoscope and predicts that Gopichand will continue to add more feathers to his cap.

Mars, the Planet of vigor and vitality is placed in its own Sign and aspecting the Atmakaraka Mercury and Sun both. Hence, he is resourceful, determined, methodical, tough, energetic and persistent. These factors are favourable for a coach to raise the standard of performances of his protégées and is in favor of bringing more sporting talent to the global stage. The mutual aspect between retrograde Mars and retrograde Mercury also indicates his unique ability to bring new dimensions to the game. It makes him able to help his players to explore different perspectives of the game so that they can choose those that are most powerful.
The transiting Jupiter will continue to help him achieve greater heights as a coach. However, the transiting Rahu in Cancer and Saturn in Sagittarius may cause some obstacles, disputes and problems in coming years. Nonetheless, his hard work will begin to fetch rich dividends after May 2018. He will manage to enrich India’s medal prospects, may be a Gold in the Tokyo Olympics.

All these favourable Planetary positions promise to create the winning situation for him in the badminton.