Fate of Raghuram Rajan, Is He Giving Up Following the Pressure From Finance Ministry? 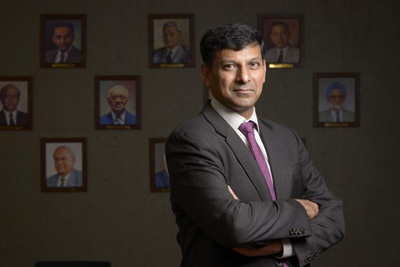 Raghuram Rajan, the 23rd Governor of the Reserve Bank of India is amongst the highest ranked Indian economist in the world. To express his prowess at academics, his engineering degree from IIT-D and management degree from IIM-A are sufficient. But, he also bagged the Director’s Gold Medal from IIT, Delhi and another Gold Medal from IIM-A, stamping his excellence amongst the best of the best. Another one of his zillion significant achievements is to be the youngest to become the Chief Economist at the IMF.

The RBI Governor has been involved in various comments made by politicians recently. The outspoken economist did not back down from responding assertively to them and expressed remarks about going back to academia and research. Hence, as we move closer to end of his term as RBI Governor, there are speculations whether he will be awarded another term?

In the middle of speculative theories leading up to visible tension between the Finance Ministry and the RBI Governor, the news of RBI Governor’s exclusion from the panel to appoint new Deputy Governor of the RBI, clearly states the will of the Finance Ministry. As he himself expressed the wish to move back to academia, it is to be seen whether he himself wants this extension or not.

What do the stars have in store for the stellar economist and RBI Governor – Mr Raghuram Rajan?

Astro Queries:
What are the factors behind the frequent controversies involving Raghuram Rajan?
Raghuram Rajan is born with Capricorn ascendant having conjunction of Sun, Saturn and Ketu in the Ascendant House. Though this placement makes him hard-working and industrious, it also eludes him from the due credit that he deserves for his stellar work. Moreover, the malefic aspect of retrograde Mars to the Ascendant House adds to his adversaries with his stubborn.He is confined within his own values and his own beliefs. This overall placement in his Natal Chart makes an assertive and outspoken personality; prone to be involved in rift with anyone who challenges his views and his opinions.

Therefore, at the position that he currently holds, and carries the personality driven by these placements, he is bound to be involved in controversies.

What are Rajan’s career prospects in the near future?
Currently, Ketu is transiting over the Natal Jupiter and the heavy-weights Saturn & Mars both transiting from the 11th House. Post 18th June, retrograde Mars will move to 10th House of career ruled by the sign of partnership. This is could mean more challenges for Rajan until the end of his current term as RBI Governor.

In the month of September, the conjunction of transiting Sun and Rahu will not be favourable for Rajan. However, on the positive side, transiting Jupiter, Venus and Mercury will be placed in the House of fortune. Therefore, there is a hope that he may be presented with an opportunity to continue as RBI Governor. There is also probability that he could be assigned additional responsibilities and shifted to another department.