Taslima’s a tough nut to crack and shall never cease to speak the truth, says Ganesha! 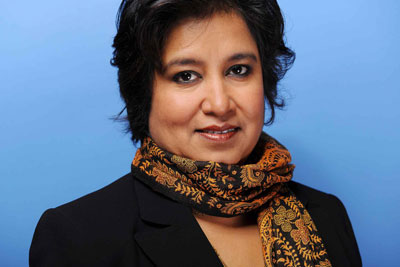 There are high chances of some Honour being conferred upon Taslima till January 2016!Taslima Nasrin has been a person, who has consistently crusaded for truth and has been fearlessly rasing her voice in support of all that is right and true. Being a champion of secularism in the real sense of the word and an advocate of freedom of thought, gender equality and human rights, she has now become a person whose voice has mostly been muzzled! Though, she has been a crusader for truth and free-speech, she has faced various problems, including being persecuted, threatened and intimidated and even receiving life-threats! She has been unable to return to either her home in Bangladesh since 1994 or to her adopted home in West Bengal and thus she is Currently living in the U.S.. What lies ahead in the year for the firebrand writer? Are there more threats or problems in store? Find out in the article… 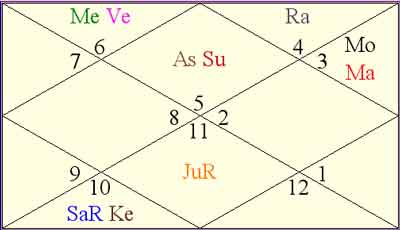 [Owing to the unavailability of credible birth-time of Taslima, the analysis and predictions have been done on the basis of the Solar Chart/ Surya Kundli with the help of her birth-date and birth-place only.]

1) What is the astrological picture of a person who has had such a checkered life, despite always being crusader for truth?
Important astrological observations :-

2) Will she ever get the recognition for speaking the truth on various issues?

3)What lies for her in the year ahead – any more threats or problems indicated?
Important astrological observations:

Ganesha wishes a great time ahead to Taslima Nasreen.