Know Which Day Is For Which God 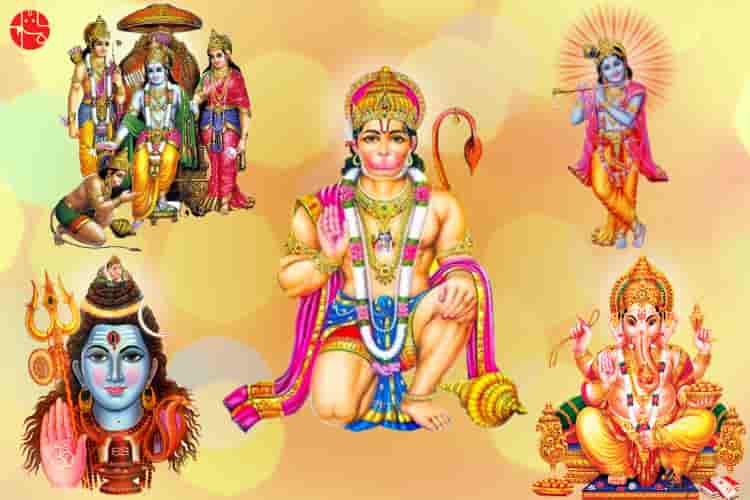 In Hindu mythology, every day of the week is dedicated to one particular God. Special rituals, including prayer and fasting, are performed to honour these gods and goddesses. Each day is also associated with particular planets from astrology and has a corresponding gemstone and colour.
In the Hindu calendar, days are named after the seven celestial bodies of the ancient solar system: the Sun, Moon, Mercury, Venus, Mars, Jupiter, and Saturn.

So, if you want to worship all avatars and forms of God, in particular, here are the details for worshipping the deities based on the day of the week.

Which day is offered prayers to which God?

Monday is the day of Lord Shiva and his consort Goddess Parvati. It is said that Lord Shiva is easily pleased. Therefore many people observe Somvar Vrat on Monday. Hindus believe that by fasting, they will be granted wisdom by Lord Shiva, who will fulfil all their desires. In some places, unmarried women fast to get an ideal husband. The mantra ‘Om Namah Shivaya’ is chanted continuously. Siva devotees also read Shiva Purana.

Tuesday or Mangalvar is dedicated to Lord Hanuman. Hindus fast to honour Hanuman and seek his help in warding off evil and overcoming obstacles placed in their way. People who believe in
astrology observe fast to alleviate the harmful effects associated with the planet mangal or mars. Devotees also listen to Hanuman Chalisa on this day.

Wednesday is dedicated to Lord Ganesha. This day is considered important for everyone as Lord Ganesha removes all sorrow and fulfils all the wishes of devotees. A devotee should worship Goddess Durga in addition to Lord Ganapati on Wednesday. Chant ‘Om Bu Buddhay Namah:’ mantra on Wednesday for 108 times.

Wednesday is also dedicated to planet Mercury and Lord Vithal, an incarnation of Krishna. The day is highly auspicious for starting new ventures, and it is believed that those who observe the Vrat are bound to get blessed with fortunes.

Thursday is dedicated to Lord Vishnu and Lord Brihaspati, the guru of gods. Devotees listen to devotional songs, such as “Om Jai Jagadish Hare,” and fast to obtain wealth, success, fame, and happiness.

Friday is dedicated to Shukra (Venus), Mother Goddess – Mahalakshmi, Annapuraneshwari, and Durga. Hindus are seeking material wealth and happiness fast to honour Shakti, eating only a single meal after sunset.

Saturday is dedicated to alleviating the bad influence of Lord Shani. It is associated with the planet Saturn. In Hindu mythology, Shani is a hunter who brings bad luck. Devotees seeking protection from Shani’s ill will, illnesses, and other misfortunes observe fast on this day.

Sunday is dedicated to Lord Surya (Sun God). It is believed that Ravivar Vrat will help in fulfilling desires. People with skin diseases observe the Vrat to get relief.

Benefits of worship | why is worship important?

Why praise and worship are important activities?

Because Praise and worship is a powerful part of our walk with God. Here are the main benefits of worship:
1. Brings us closer to God
2. Strengthens our faith
3. Brings Joy
4. Brings Liberty
5. Repels Depression
6. Brings Victory
7. Satisfies the soul

Also, know which deity you should worship as per your Sun Sign.

Everyday day is the lord’s day. It is a great opportunity to take out special time for dedicating to gods. It is believed that to worship Hindu gods day wise is good not only for oneself but for the family as a whole.