Hollande will be able to deal with ISIS toughly; but strong policies will have to be implemented! 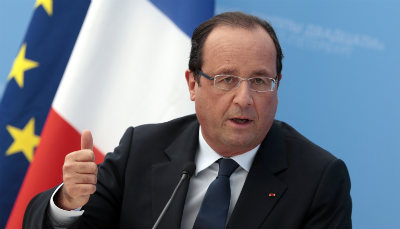 The French President – Francois Hollande has been in the headlines for the past few days, obviously, one of the reasons being the terror attacks in France. But many geo-political observers are keeping a close watch on the decisions that he has been taking, especially in the aftermath of the ghastly terror attacks in Paris that have shook not only france, but even the entire world! Many are saying that he is exhibiting too much diplomacy and liberalism and is not dealing with the refugee issue in a decisive and strong manner, even despite many monitoring groups claiming that many of the refugees are ISIS militants in Disguise. So, he has declared that he will keep taking in more refugees, and will try to maintain the peace and harmony. But in another piece of news, Francois has vowed to destroy ISIS! He said he would table a bill to extend the state of emergency declared after the attacks for three months and would suggest changes to the constitution. He has also declared that France’s military campaign against IS in Iraq and Syria will also intensify. But what do the planets suggest about the possible situations that may arise in France? Will President Hollande be able to bring back the atmosphere of stabillity, security and peace in the country? Will his policies find success? Let’s tag along with Ganesha in this astrological tour and get the answers…

1) In the aftermath of the Paris Attacks, Will the decisions taken by the French President prove to be fruitful in the near future? Or, Will some of the decisions backfire?

2) Will Hollande be able to inflict severe damage to ISIS and thus teach them a lesson? Will he be able to gain from the transitory influences of the malefics?
Important Astrological Observations:

3) Do his planets favour him to make positive changes in the governance procedures and thereby boosting the French Economy?

Ganesha wishes a great time ahead to the President of France.