Do you have It in you? Answer 6 simple questions to find out! 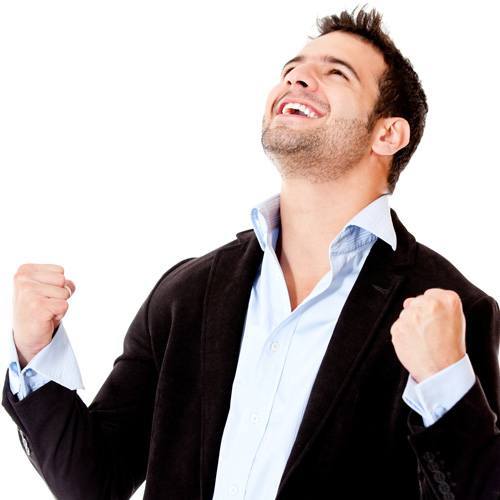 We all want to succeed and gain long-term happiness, whether it is about making our name famous, travelling the world or simply getting rich – whatever our personal dream be to make it big on the stage of the World.

The vital question here is – How many of us really dare to follow our dreams? We indulge in creating many excuses for our inability to succeed. These excuses are stereotypical like the following :

Are you really on the path that leads to success? Read on to explore…

For Example: We all know about ‘Bill Gates’, the wealthiest person of our times. As a student of Harvard, Gates never did have a definite study plan but was extremely passionate about computers and was fascinated by it. He spend numerous hours using his school’s computers. Gates dropped out of Harvard to start his own computer software company.

How strong is your imagination about gaining what you want in your life? Can you feel your imagination as real and attainable? Did you say ‘yes’ – it’s fantastic for you! That means you have a realistic vision of achieving your dream. This is imperative, as you must have a definite aim in your mind before you start off with your mission.

For example: The architect first has the design of a building in his mind (imagination or vision) before he puts it in a paper (sketching out imagination on a bit of paper) and finally the building is constructed (giving a real shape and form to the vision or imagination).

So, the bottom line is: If you can imagine it – You can attain it. In other words, prior to doing something in life, it’s vital to visualise it.

3. Do You Dare To Ask Relevant Questions?

Remember when you were a curious, information hungry kid? Were you scared or ashamed of asking too many questions – even from the strangers? And, with all the information you received – if you received an answer, that is – from asking all those simplistic to whacky questions, could you create your own assessments, solutions and resolutions?

Do you do all that now? Do you keep mum at board meetings, for the fear of asking the wrong question and making a fool out of yourself? Are you scared of making any assumptions for the fear of going all wrong now?

Well, most of us would say a nostalgic ‘YES’ to the first set of questions, and unfortunately, a grown-up ‘NO’ to the second. Being a grown-up shouldn’t stop you from being a kid! They don’t say “Ignorance is bliss!”for no reason! Being curious may make you come across as funny for a while, but will do you a great favour – provided you know and dare to ask relevant questions.

4. Are You Ready To Take Roundabouts In Your Path To Success?

When preparation encounters opportunity, success happens. Therefore, watch out and remain vigilant, so that when opportunity knocks at your door, you should be ready with plan, beforehand in place, to make the most of the incoming opportunity. Look at it as your guideline to making it big!

What are the steps that you will require to take to get there where you would like to reach? What type of skills should you have? With whom should you build your contacts?

Remember one thing – In reality everything does not go as we have planned for. So, you will need to be flexible enough to adjust to whatever life has to offer you. Think of those things as roundabout routes (alternative paths) that you may have to take to get where you need to reach. What you really need to have, is a clear picture in your mind of how to tackle those situations, and get back on the main path.

5. Do You Have Enough Confidence and Faith In Your Abilities?

If you are serious about making it big, you need to have faith and confidence in yourself and your abilities. This is imperative otherwise you will simply give up when you encounter criticism and negativity (Things you will have to tackle with once you are in the limelight).

You should possess self-confidence. You must trust yourself. You should have a strong intention and feeling that you’re going to achieve it.

We all know how ‘Sachin Tendulkar’ reached great heights in his cricketing career. He is highly regarded as one of the greatest batsmen of all time that the world has ever witnessed. He is considered as the ‘God of Cricket’ among his fans. From a very young age, Sachin used to practise for hours at a stretch. He had a strong determination to make it big and remained focused putting in efforts persistently to achieve his goal.

6. Are You Aware That Failure Is A Stepping Stone to Success?

If you are thinking about making a big success in your life, there is one word ‘quit’ that shouldn’t be there in your dictionary. Remember, without tasting failures, you won’t taste success. Those who have never failed, will never know when they have succeeded. Eventually, you succeed because you persistently keep on trying and never give up on the spirit. The moment you quit, you have lost.

For example: We all know how ‘Thomas Alva Edison’, (who was an American inventor and businessman) invented awesome devices including an electric bulb, which just changed the lifestyle of mankind (the way we live). Thomas Edison was consumed by his work and before he could invent a long lasting electric bulb, he failed numerous times (It’s believed that Edison failed more than 1000 times when trying to invent the light bulb) Edison in his own words declares it – ‘I have not failed 1,000 times, but I have successfully discovered 1,000 ways to NOT make a light bulb.’

Why Edison was after the invention? Why Edison did not leave it even after encountering frequent failures? Because Edison strongly felt the need to make the difference in people’s life through his invention and he was extremely passionate about his invention and never gave up his enthusiastic spirit and never lost his faith in his own abilities.

Take the history of great men who have ever lived on this earth and have made it big. Certainly each one of them has surely gone through testing times or have encountered failure at one point or another in their life, but they never gave up their spirit and always picked themselves up and marched ahead in their mission. And so they were able to make it big for themselves at the same time contributing towards the development and progress of mankind.