Mighty Jupiter transits through Cancer. Know all about Jupiter’s Significance…. 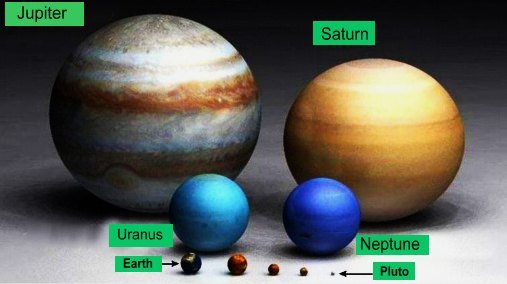 Astronomically, Jupiter is the biggest planet in our solar system – so, there is also a scientifically proven reason behind calling Jupiter – the mighty planet. The distance between the Sun and Jupiter is approximately 500 million miles. Jupiter’s diameter is 88,000 miles, and it is about 10 times bigger than the earth. It rotates very fast on its axis, and completes one round in 9 hours and 50 minutes. Earth has one satellite, Mars has 2 satellites, whereas Jupiter has 11 satellites.

Astrologically too, Jupiter holds high importance and is held in great esteem, as it is considered the Guru (teacher) of Devtaas or the Holy Gods. Whichever Sign or House Jupiter is posited in, it is known to give positive results accordingly, or to reduce/ neutralise the negative impact of other planets. The transiting Jupiter spends a considerable amount of time in each Zodiac Sign, before resuming its movement. This positioning determines how and what will be the effects of Jupiter on the world and people for the said period of transit.

Mythological Significance/ Associations
As per the Indian religious scriptures, Jupiter is considered the Guru of Devtas (the holy Gods). Maharushi Angira is said to be the father of the Lord Jupiter, as per the mythological legends. The legends say that Lord Sanath Kumar had advised Maharshi Angira’s wife to take a vow, if she wished to be blessed with a boy child. He taught her a particular procedure for the same. She followed the vow with her heart and soul, which impressed the Almighty, who then blessed her with a boy child. This child was Jupiter, who became famous as the Lord of Wisdom and Knowledge.

More about Jupiter and Vedic Astrology

Jupiter is the Lord of the Zodiac Signs Sagittarius and Pisces. It becomes exalted in the Sign of Cancer at 5 degree, and gets debilitated at 5 degree in Capricorn. Its prime angular Sign is Sagittarius. Astrologically, this deep yellow coloured planet is assigned the role of a minister in the solar system. Ruled by Lord Indra, Jupiter is a masculine planet; it possesses fine qualities and is the signifier of knowledge and happiness. Sky is its element. Brahmins believe that this planet augurs holiness and Satvika (pure) environment.

Jupiter, when expressed figuratively or as an image, has a big body, yellow eyes and dry hair. He is intelligent, and knows about all subjects. The planet signifies fat in the body, sweet taste and is said to reside in treasures and safes. It symbolises the duration of one month. It becomes most powerful, when in the East. As per the astrological principles, no other planet is as strong as Jupiter. Talking about this further, Ganesha says that the mere presence of this benign planet in the Ascendant Sign or one of the cardinal Houses reduces the impact of the other negative planetary influences in one’s Natal Chart.

The fourth Sign in the Zodiac calendar, Cancer signifies home and native place. In one’s Kundali, the 4th House also signifies mother. Cancer natives are naturally good at nurturing and taking care of others. Besides, the Lord of the Zodiac Sign Cancer is Moon, which signifies mind and mother. Therefore, the motherly instincts are quite profound in the Cancer natives. The most sensitive and empathetic people in the Zodiac calendar, the Cancer natives are known to be soft hearted and emotional. Complete home bodies, they love to be with their family members and do stuff that fosters their nurturing instinct.

Each individual has unique planetary combinations in his Kundali, and therefore, two people, although having same Moon Sign, may have different impact of the Jupiter transit (or, for that matter any planetary movement) on the various fronts of their lives.

Do you wish to know how will this mighty Jupiter Transit will affect your Moon Sign? Read on in this wonderful article – Moon Sign-wise Predictions on Jupiter’s Transit in Cancer (2014)

But, if you wish to know how this major Jupiter transit (in fact, the one of the biggest of this year 2014) will affect your Personal Horocope, get the 100% personalised report – Jupiter Transit Report – to get priceless guidance from our esteemed astrologers, basis your unique Kundali.

Alternatively, you may also Talk to An Astrologer directly, and clear all your confusions about how this Jupiter transit will affect you, and how can you make the most of this wonderful, once in 1.5 years transit.

Do you know the splendid gemstone Yellow Sapphire or the Pukhraj represents the Lord Jupiter. You should wear it in a ring, but only after getting to know from a trusted Astrologer as to how will the Pukhraj affect you and your life. If you wish to buy a 100% genuine, trusted, certified and worshipped Pukhraj, you can get it here.