Seven Vital Traits You Should Know About Your Cancerian Loved Ones!

Cancer is the 4the Zodiac Sign, which falls on the dates between June 22 and July 22 – Crab is its symbol. 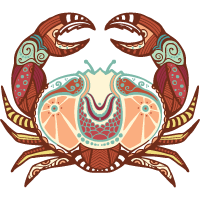 1. Unpredictable
Cancerians are known to be highly unpredictable. Their mood swings can be equated to the unrest of the unsteady surges. This is because they are ruled by the Moon and possess water as their major constituent. If they think they need to keep others out, they will retire to their own emotional shell.

3. Loyal
Due to their unpredictable nature, Cancerians demand a plenty of attention. However, if you give your support when they need it – in return, they will give you their unending commitment and love. Once you gain their trust, there are hardly any ways it can be shaken up, by whatever anyone may say to them against you.

4. Taking Side Steps
Similar to a crab, Cancerians are known for their side-stepping nature. Seldom do they take the straight approach to what they require, but finally they will acquire what they need.

5. Deeds Matter
Cancerians are judged not by what they say, but on the basis of what they do. When a favour or help is requested of them, they might say no in the first instance, but they will end up giving you the requested assistance.

6. Hard on the Outside – Soft on the Inside
Cancerians seem to be strict and hard on the outside, but inside they are quite soft. Just to shield themselves from being hurt, they tend to exhibit their hard shell to the world. Moreover, the Cancer Sign stands for home and family life. So, naturally they cherish being in the company of their dear ones, as that is where they get the maximum feeling of security.

7. Intuitive
Cancerians can detect even the minutest change in one’s behavioural patter, so its almost impossible to deceive them. This is because they are extremely intuitive people, to the extent of being psychic. Majority of them have a sharp memory and are very insightful. This blending of dual skills with their brilliant observation skills enables them to stay mindful of the ulterior intentions of others.

Body Parts Ruled by Cancer
The breasts and stomach are ruled by the Zodiac Sign Cancer. So, Cancerians tend to overeat; many of them may need to struggle their whole lives to keep their body in shape. Also, they may be extremely prone to digestive problems, which may also be an outcome of tension or stress.