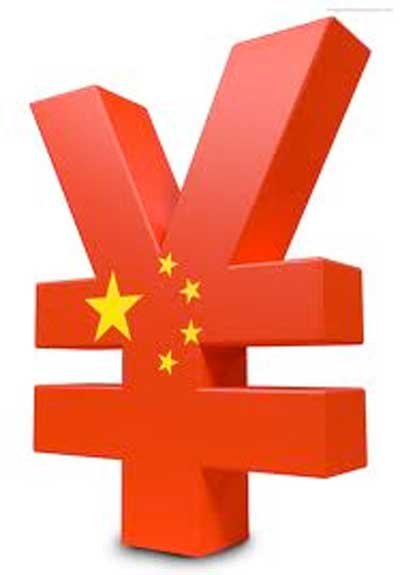 Astrological Analysis:
In the Natal Chart of China, Capricorn is the Ascendant Sign and the Lord of the Ascendant (as well as the Chinese currency) is Saturn, and it is placed in the 8th House. Saturn also happens to be the Lord of the 2nd House that signifies the national saving schemes and economical growth. The Ruler of the 5th House (of stock markets and speculation) happens to be Venus in this Chart, which is placed in the House of the Government, that is the 10th House. In the House of transport, navy, defence and education, that is the 9th House, Sun, Mercury and Ketu are positioned. Thus, there is an affliction of Sun-Ketu and Mercury-Ketu in the 9th House of the Natal Chart of China. Owing to this, the Chinese Yuan as well the economy will always keep facing fluctuations.

Currently, China is going through the Major-period of Saturn and the Sub-period of Rahu. And the Sub-sub period of Mercury will be under operation from 9th August, 2015 to 4th January, 2016. After that Ketu’s Sub-sub period will be under operation from 4th January, 2016 till 5th March, 2016. This will remain a crucial period, and there may be some fluctuations as well as drastic changes. There may remain an uneven pattern in the country’s economy, and there may be frequent downs. Overall, a negative trend may be seen.

Actually, the problems of China would have begun from 13th July, 2014 onwards, when Rahu had entered Virgo and started affecting the Natal Mercury (Business, Finance, Currency) and Sun (Government) in a negative way, because of which the Government had to incorporate some drastic changes to the currency valuation. This negativity may still continue to create problems for China till 13th March, 2017.

In the period from 21st of February, 2016 to 18th September, 2016, Mars will be travelling in the Scorpio-Libra-Scorpio circuit (shuttling back and forth in a direct and retrograde motion). This unusual transit will keep taking place in the 10th House and the 11th House in the Natal Chart of China. Owing to this, gold, army, national leaders, GDP growth, stock markets in China will experience high volatility, which may also have a significant impact on the future of China. Mars’ extended stay in two Signs and Houses may make the Chinese administration take some very aggressive decisions.

In the meanwhile, though, Jupiter will provide some relief and respite from the problems that may arise because of the malefics, as it will be transiting over the Lord of China’s currency, that is Saturn. But, the positive influence of Jupiter may not produce the results as per the expectations, as from the 30th January, 2016 onwards, Rahu will begin its transit over Saturn (in Leo), and there will be a combined effect of Jupiter and Rahu over Saturn, which may result into a plenty of fluctuation in the currency value of Yuan.
In short, the Chinese Yuan and the country economy will have a troublesome period with higher intensity, post 30th January, 2016.

India may experience the effect of the fluctuations of the currency value of Yuan between the period of December 2015 to 17th February, 2016, and also in the month of March 2016. Otherwise, the effects that India would experience would be as per the normal movements and activities in the global financial markets.