Yuzvendra Chahal Profile And Astro-Analysis: He May Outdo Many Established Players 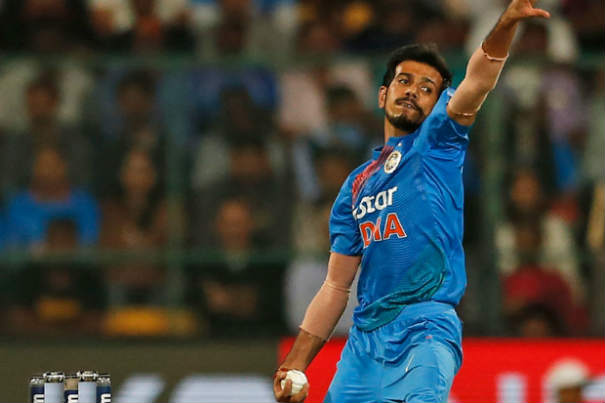 A precocious talent, Yuzvendra Chahal represented India in chess while still a teenager, and now he is creating waves as a leg-break bowler for Team India in cricket, grabbing 6 wickets at a cost of just 26 runs, thus helping India win a recent T20 match against England by 75 runs. He is the only player to have represented India in both chess and cricket. In chess, Chahal became a national junior champion and represented India at both the World and Asian Youth Championships when still a teenager. Chahal has proved to be as much of a threat on the cricket pitch as he is on the 64-square board. He plays domestic cricket for Haryana and IPL for Royal Challengers. He says that playing chess has helped him concentrate much better in cricket. Ganesha analyses Yuzvendra Chahal’s horoscope and predicts that he will soon establish himself as a regular player in the Indian cricket team.

In Chahal’s Solar Chart, Mars is placed in its own sign Aries. Powerful Mars is always an advantage for any sport-person. It makes him aggressive and determined to stand firmly against odds. It also denotes the abilities to conquer rivals.

Yuzvendra Chahal Horoscope: 5 Planets In Cancer Give Him Strong Intuition

In the Horoscope of Chahal, there is a stellium of five planets in the sign of Cancer. So he is very skillful, creative and instinctive. He may have powerful intuition and strong instincts to identify the weakness of opposition and make necessary changes in his bowling tactics.

Strong Jupiter placed with luminaries gives him a strong drive to get success. Because of his aggression combined with powerful instincts he is able to work on several aspects of his game simultaneously.

Mars aspecting Mercury indicates quick reflexes, athleticism and meticulous focus on every aspect of his game. The planetary configurations in his chart indicate that he is very talented and likely to take everyone by surprise with his performance.

2017 A Promising Year For His Career

The transiting Jupiter is currently moving in his favor and it will aspect the natal Mars from September 2017. So, the year 2017 will be a promising year for his career.

Should you do a job or go for business? Get The Job Or Business Report Now.

However, due to a tough transit of Saturn, he may face some resistance and his performance may remain inconsistent. Also, the forthcoming transit of Rahu in Cancer will remain difficult for him. So, despite having all the abilities, he might not get the desired opportunities to perform at the highest level or may not be able to deliver the results that he desires.

Despite Stiff Competition, He Will Cement His Place In Team India

Also, he will have to battle out stiff competition to remain a permanent member of Team India. Nevertheless, he will definitely pick up speed and is likely to leave many established players behind.

Are you confused about something? Then, Talk To Astrologer Now And Get Solutions.