Ganesha foresees a bright future for Sania, but she will have to work hard for it... 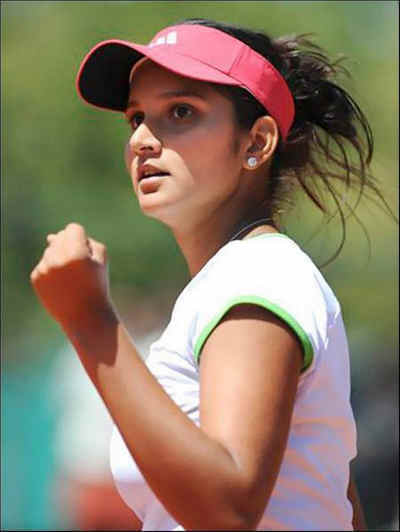 Sania Mirza, who won the recent Wimbledon women's doubles title partnering Martina Hingis to add a feather to her already well-adorned crown, is the most successful Indian women's tennis player ever. She is the current world No. 1 in women's doubles rankings. From 2003 until her retirement from singles in 2013, she was ranked by the Women's Tennis Association as India's No. 1 player, both in singles and doubles. However, after a wrist injury, she quit playing singles, and is focussing totally on doubles tennis.
Sania Mirza:- Tennis Player
Date of Birth:- 15th November, 1986
Birth Time:- 11.25 A.M.
Place of Birth:- Bombay, Maharashtra, India
NATAL CHART