Sachin Tendulkar Predictions 2017: He May Enjoy A Bright Second Innings As A Commentator Or Coach 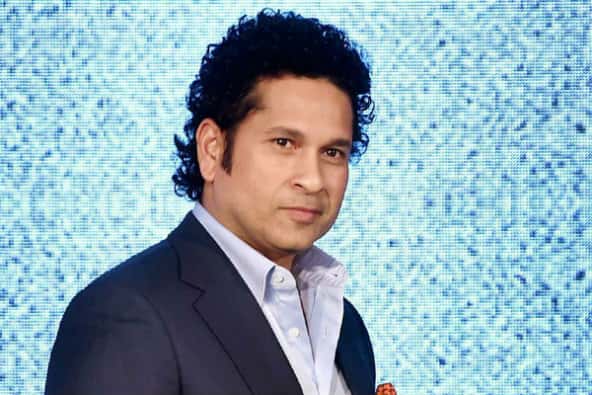 His out of the world batting had given nightmares to some of the best ballers of the world. His very presence on the cricket field used to make the opposite team numb and nervous. Yes, we are talking about Sachin Tendulkar, the greatest cricket legend of our times, who literally lives cricket not merely as his passion but as his religion. Millions and millions of people around the world believe that Sachin Tendulkar's talent is unparalleled in the cricket history of the world. No wonder that this secular saint has been informally bestowed with the title 'God of Cricket'. Sachin Tendulkar may have retired from playing cricket but he continues to rule the hearts of numerous cricket lovers.
This gentle, sensible, non-controversial and modest superhero of cricket has always used for team India, his patience and effective time management, to snatch victory from the jaws of defeat. Astrology analysts have always found it difficult to understand that how can Sachin Tendulkar, who has scaled such huge heights, continue to remain so homely and polite. Other questions which have intrigued astrologers are: if the celestial planets have played an important role in Sachin Tendulkar's brilliant success and whether Sachin Tendulkar will continue to enjoy so much popularity even in the future?
Ganesha has now tried to find out the answers to these questions concerning Sachin Tendulkar using its astrological analysis.
Astrological analysis of Sachin Tendulkar
Date of Birth: 24th April, 1973
Time of Birth: 4.20 pm
Place of Birth: Mumbai, India
Birth Chart

Get Your Hand-written Janampatri By Our Experts.
In Sachin Tendulkar's horoscope, Jupiter, Mercury, Rahu and Ketu are in lowly position and along with the ascendant Moon in a triangular position, they together create a Neech Bhang Rajyog. Sun is on the higher plane and lowly Saturn eyes the third house highly in Sachin Tendulkar's horoscope. Due to these celestial positions, Sachin Tendulkar is blessed with unprecedented success in career and fame, glory from across the world. If we consider the current transit situation, we find that Jupiter is passing from its own ascendant position above  Saturn, Moon and Rahu. On the other hand, Rahu is passing through Leo sign.

Sachin Tendulkar: He will continue to enjoy popularity and happiness in future

As per the planetary positions, apart from getting lots of money, Sachin Tendulkar will also derive fame and respect in society. The effect of Saturn and Rahu will be moderate. As Jupiter eyes the fifth and ninth house in transit, there are chances of huge success in mental, social, state and a lot many other areas. He may complete several tasks and also enjoy the highest level of family happiness. This is what Ganesha feels about Tendulkar's future prospects. But what do the planets indicate about your career? Will you gain happiness? Get answers with 2019 Career Report

Sachin Tendulkar: He is likely to make gains at the hands of corporate organisations

Jupiter will enter Libra sign from 12-09-2017. Besides, Rahu will enter Cancer sign and Ketu will enter Capricorn sign from 17-09-2017. Retrograde Saturn will stay in Scorpio sign from 20-06-2017 for four months. Saturn will return to the Sagittarius sign from 20-10-2017. When Jupiter enters Libra sign, people who are ridden with illnesses will get free of their problems. The movement also usually triggers victory over enemies. Sachin Tendulkar will attract respect not only in India but from across the world. There are also chances of his making economic gains by virtue of corporate organisations.

Sachin Tendulkar: He could register his presence as a coach or a commentator

Sachin Tendulkar may have taken retirement from playing cricket but his massive clout over millions of cricket fans continues to sustain. It is likely that Sachin Tendulkar can register his presence in the form of a coach or commentator in the days to come. As per Astrology, whenever Rahu enters the fifth place there are chances of him making unexpected gains. There are chances of master blaster Sachin Tendulkar being conferred with a recognition in foreign shores between 28-04-2017 and 24-04-2018. This is what the stars indicate about Sachin's future. But what does destiny have in store for you in life? Avail the Detailed Life Prediction Report to get answers.
With Ganesha's Grace,
The GaneshaSpeaks.com Team
Share