Mary Kom may win medal in Rio Olympics if her matches are held after 13th August, 2016, feels Ganesha 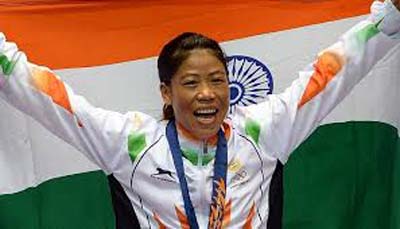 The Indian amateur boxing champion, Mary Kom has won a medal in each of the six world championships she has participated in. She is also the only Indian woman boxer to have qualified for the 2012 Summer Olympics, in which she won a bronze medal in the flyweight category. Later, Mary Kom became the first Indian woman boxer to win a gold medal in the Asian Games in 2014, held in South Korea. Kom has already announced her retirement from competitive boxing after the Rio Olympics in 2016, as she wants to concentrate on her Academy and groom budding boxers.
Mary Kom:- Boxer, Amateur
Date of Birth:- 01st March, 1983
Birth Time:- Not Known
Place of Birth:- Kangathei, Dist. Churachandpur, Manipur, India
SOLAR CHART

Owing to the absence of the credible Birth Time, following predictions have been created, basis a Solar Horoscope/ Chart.
Astrological Observation:-
Astrological Predictions:-
Prospects of Indian boxing icon Mary Kom after 2016 Olympics.
Ganesha feels that considering the transits mentioned above, boxing icon Mary Kom's  planets will be supportive regarding her dream of concentrating on her Academy. The transit of Jupiter will be aspecting Mercury (significator of entrepreneurship/ business), the Lord of the House of Performance in her chart. It will also be aspecting Mars, the Lord of the House of Profession, and Venus (Yogkaraka Planet of her Chart), a significator of Arts and Creation, both of which are posited in the 2nd House, the House of Finance. She will be very much active and successful in her adventure after Rio Olympic 2016. She may face some obstacle during this period as the transits of Saturn and Rahu will, to a limited extent, neutralise the benefit of Jupiter. However, Yogakaraka Venus will give her a boost in her quest to achieve her goal.
Will she be able to win another medal in the 2016 Olympics?
She may not perform too well if her matches are held before 13th August, 2016, due to the transit of retrograde Saturn. However, if her matches are held after the said date, the planets indicate that her chances of winning a second medal are high.
Will her academy for budding boxers flourish, and will she be able to produce world class boxers?
She has a bright period ahead in her career as a boxing coach after the Rio Olympics, 2016. She will be able to share her experience with budding boxers, her Academy shall flourish, and she will be able to produce world class boxers.
Ganesha wishes good luck to Mary Kom.
With Ganesha's Grace,
Rantidev A. Upadhyay
The GaneshaSpeaks .comTeam
Share