The Class of KP may become a thing of the past; Saturn’s Jinx May Be Preventing His Return! 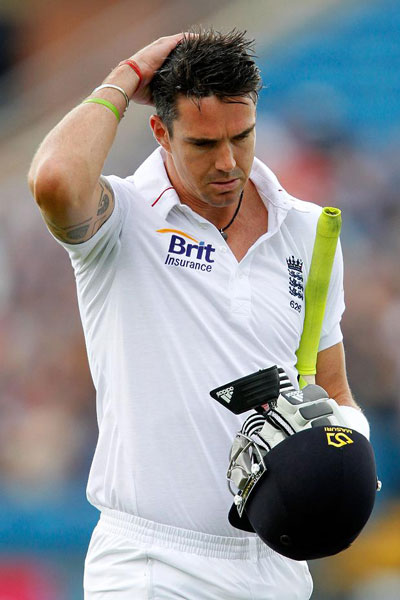 Kevin Pietersen is one of the most majestic, stylish and flamboyant cricketers and he has played innumerable innings, which would make for the perfect memory for any cricket lover! He has always been known for his trademark devil-may-care attitude and elegant style of play and the juicy shots that he used to send flying into thin air or the mind-blowing switch-hits or that endearing swagger that were the typical characteristics of Pietersen, have sort of become things of the past! We would want cricketers like these to go on and on, but destiny has its own ways, and in some cases, very cruel ways! KP has seen a decline in his career, which is unexplainable and incomprehensible, as he was performing well even at the time when he was last dropped from the English National Side! But, one thing which may have further hampered his prospects can be his eccentricity and frivolous attitude, as he is not the one to mince words and is always at the front to call a spade, a spade! This lack of tact and caution in his behaviour, we may think can be detrimental to his own well-being, but, come on! Kevin doesn’t care! He has always been a free-spirited person, and shall continue being like that. But in the latest news from the world of English Cricket, it’s been reported that Pietersen has not been selected in the national squad that shall play against South Africa in the upcoming series. What is the cosmic picture that may be causing such strange situations for KP? Is he not in for a good period currently? Let’s get the answers from Ganesha!

[Owing to the unavailability of credible birth-time of Kevin, the analysis and predictions have been done on the basis of the Solar Chart/ Surya Kundli with the help of his birth-date and birth-place only.]

1) Are the planets not favourable currently for Kevin? Important astrological observations :-

2) Why has his career suddenly hit a low?

3) Will he bounce back soon?