Jose’s ship may start sinking post January 2016, if it is not properly maneuvred currently! 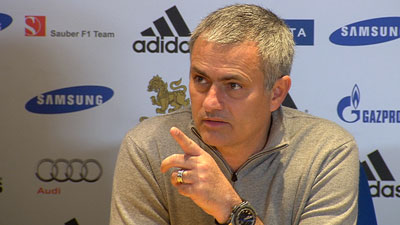 Time still supportive for consolidation till January 2016; the moral of the players needs to be boosted.Jose Mourinho is one of the biggest names, when it comes to the management arena in football and this super-famous Club Football Manager seems to have been under fire and has been facing the heat for the poor run of his side – Chelsea. The popular team, has witnessed a 3-1 Home defeat against Southampton. What may be the planetary influences that may have upset his joyride and are causing the ‘offsides’? Find out in the article…

[Owing to the unavailability of credible birth-time of Jose, the analysis and predictions have been done on the basis of the Solar Chart/ Surya Kundli with the help of his birth-date and birth-place only.]

1) Will Jose be able to revive the spirit of the team?

Management Skills under a Cloud!

The issues that Chelsea may face:

2) Do the planets indicate any more serious complications in his career currently or will he be able to bounce back?
Important astrological observations:-

Ganesha wishes a great time ahead to Jose Mourinho.