Dustin Brown may be the one to watch out for in Tennis, says Ganesha… 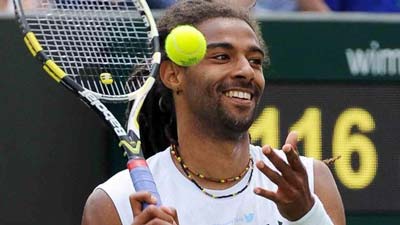 Dustin Brown stunned Rafael Nadal last week and endeared himself to the Centre Court crowd at Wimbledon with a flamboyant win over four sets. Ganesha takes a look at the chart of the latest headturner and predicts the way ahead. Let’s take a look…

Owing to the unavailability of credible birth-time of the Tennis star, the Astrological analysis and predictions have been made on the basis of the Solar Chart or Surya Kundli with the help of the Birth Date and Birth Place.

Astrological Predictions:
1) What do the stars indicate about this new Tennis wonder? What are the current transits that are favouring him so well?

2) Is he destined to achieve great glory and will he join the league of the greats in future? How is the upcoming year going to be for him?