Pakistan vs Afghanistan Match Prediction: Who Will Win, PAK or AFG? 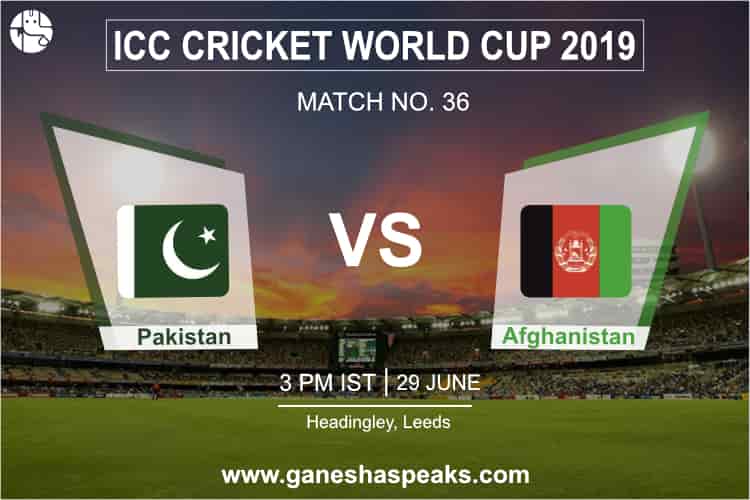 Pakistan vs Afghanistan Match Prediction: Who Will Win PAK or AFG Match?

Pakistan and Afghanistan are set to take on each other in the 36th match of the ICC World Cup 2019. Both these teams have received a lot of attention from the media and fans in this edition of the ICC World Cup. Pakistan has been in the news for all the wrong reasons. Their inability to perform and win games have given room to various outrageous claims. They have been repeatedly trolled by the fans as well. Cricket in India and Pakistan is more than a mere game. As for Afghanistan, they too have been in the news because of one controversy after the other. However, unlike Pakistan, they have the benefit of being relatively new to the game when compared to other teams. Pakistan has won the world cup once. While Afghanistan still has a long way to go. The good thing is that they’ve impressed their fans and critics all the same.

Let’s find out what Ganesha has to say about the game.

According to Ganesha, the winner of the 36th match of the ICC World Cup 2019 will be Pakistan.