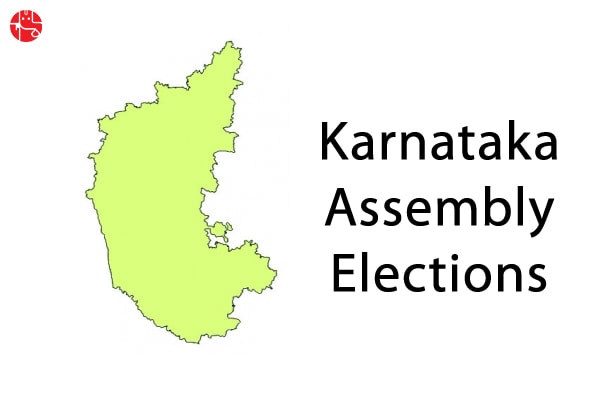 Politics in India seems to be taking significant twists and turns. While last few elections have seen increasing influence of Saffron BJP, several scholars say Congress may be down but not out. As Karnataka goes to poll on May 12, there is wide speculation about who will win this triangular contest between BJP, Congress and JD (S). Well, what follows is the election prediction of Ganesha as per astrology. Read on:

Ruling Congress is under the influence of Jupiter Major Period and Venus Sub Period. Transiting Saturn is moving over natal Sun in the 10th house. Simultaneous transit of Saturn and Jupiter has triggered Dasha Lord Jupiter as per Karnataka Elections 2018 Astrology.

BJP will be under the influence of Moon Major Period and Moon Sub Period. The last phase of Sade Sati is taking place.

In JD (S) chart, Saturn is aspecting the natal Sun. Also, the transiting Rahu is moving over the natal Venus, Rahu and Mercury.

The Dasha period of Jupiter-Venus and simultaneous transit of Jupiter and Saturn are favourable for Congress. These combinations may help Congress retain power in the state.

However, Venus is in the 8th house. Thus, Congress may suffer due to unfavourable Venus Sub Period.

Appears To Be A Mixed Bag For BJP

On the other hand, the Dasha period of Moon may not favour BJP comprehensively. Double transit impact on Ascendant and Mercury will favour BJP. However, as it is the last phase of Sade Sati, BJP may face hardships according to Karnataka Elections 2018 Predictions.

Interestingly, voting chart date favours both the parties. However, a strong Mars may favour BJP. It also indicates a very close contest and neck to neck competition in several constituencies. BJP has an edge over others. But the margin will be very small.

The transiting Saturn and Rahu may increase problems for JD (S). However, transiting Jupiter will help the party. Also, planets indicate that voting pattern may be highly unpredictable and results may be unexpected.

Karnataka state foundation chart indicates uncertainties. However, it also points to an advantage for the head of the ruling party. Besides, the Moon-Mercury conjunction on the counting date indicates a close contest. Summing up, we can say that BJP may strengthen its position and increase its vote share, on the other hand, the vote share of Congress may decline. BJP may emerge as the single largest party.