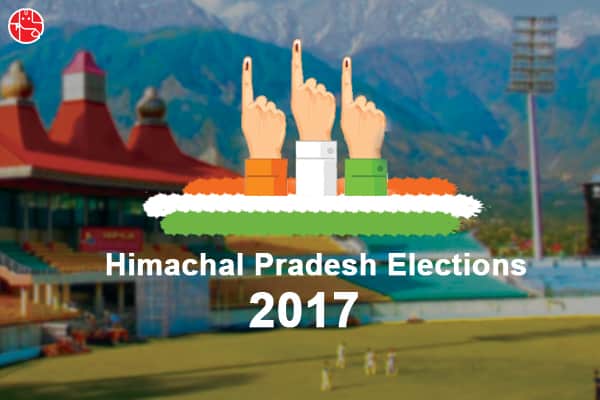 This Vidhan Sabha election 2017 in Himachal Pradesh is a high stakes battle both for the incumbent government of Congress, and its primary challenger, the BJP. These elections will also decide the fate of current Chief Minister Virbhadra Singh and BJP’s main state leader Prem Kumar Dhumal. If Congress loses, its presidential candidate Rahul Gandhi will not only lose face, but will also carry his party further closer to oblivion; whereas if BJP win it will not only improve its strength in the Upper House, but it will also set the tone for the 2019 Lok Sabha elections. Ganesha analyses the charts of both parties in this two-horse Congress Vs BJP race in Himachal Pradesh Assembly elections to conclude that the BJP is likely to sweep the Himachal Pradesh elections 2017 and topple the Congress Government. Read on:

The ruling Dasha period of Jupiter-Venus and double transit impact are favourable for the Congress to come back in Power in Himachal Pradesh. However, Congress might suffer due to unfavourable Venus Sub-period. The prospects of Congress are not good in Himachal. But how will your career fare? Buy the Career Ask Question: Detailed Advice Report and know the answer.

The ruling Dasha period of Sun-Venus favours BJP. Double transit impact on Ascendant and Mercury favour the BJP. However, last phase of Saade Sati and Dasha Chhidra indicate the BJP may suffer to an extent.

Neck-To-Neck Fight In Many Seats

Also, the Voting Date chart favours both the parties. However, Mercury gets stronger by the exchange which will act in favour of BJP. It indicates a very close contest and neck to neck competition in many constituencies and margin of win will be narrow. This may go in favour of BJP. Politics influences many areas including Business. Do you want to know how will your business run in 2018? Avail the Free 2018 Business Report and know your future.

Voting In Favour Of One Party

Mercury in the Ascendant and Moon approaching Rahu in Cancer in Voting Day Chart indicate disturbed psychology of the Voter. Hence the Voting Pattern will be highly unpredictable and may bring unexpected results. It also indicates huge voting in favour of one party.

BJP Will Come To Power In Himachal

Himachal Pradesh State foundation chart indicates change in government. The Sun-Saturn-Moon conjunction on the Counting Date also indicate a close contest between both the parties. Considering all the parameters, it seems BJP will win the contest and is likely to form the next government in Himachal Pradesh. This victory will certainly help the Narendra Modi-led BJP at the centre.