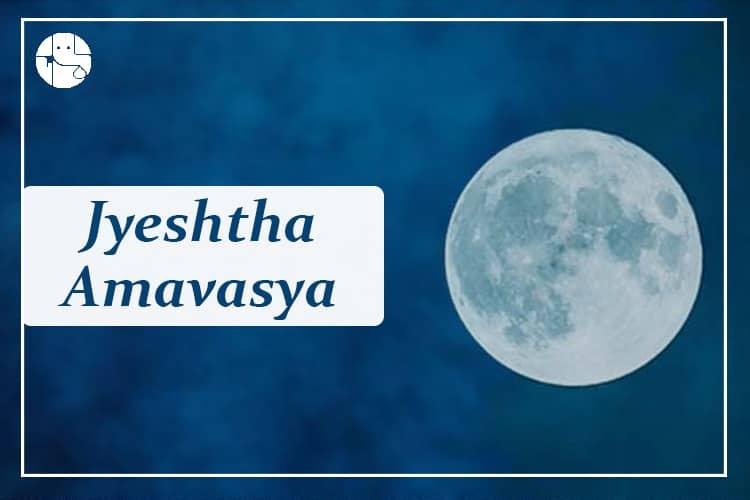 Jyeshtha is categorised by hot and humid temperatures as it falls in the summer months of May and June. As people face the scorching heat of the Sun in these months, it is dedicated to the importance of water in life, and hence festivals associated with water are celebrated during this month. The Hindu calendar marks the Lunar month from Purnima to Purnima which is known as the Purnimanta calendar and the Lunar month from  Amavasya to Amavasya as Amanta calendar. Jyestha is the third Lunar month as per this calendar. It falls in the Krishna Paksha tithi of the Jyeshtha month. In 2020, there are 12 Amavasya days falling one after the other in each month. The 30th tithi of Jyeshtha month is called ‘ Jyeshtha Amavasya’. Jyeshtha Amavasya is also called Jeth Amavasya, Darsha Amavasya and Bhavuka Amavasya.

Jyeshtha Amavasya will be occurring in 2020 on the given dates as below:

Get the Vedic Remedy Kit astrolgically attuned by our scholars and open the doors to peace,happiness, prosperity, growth and good fortune in life.

The Hindu calendar or Panchang calculates a total of thirty tithis ( Lunar) and a No Moon Night or Amavasya which usually falls in the middle of the month. As the name suggests Jyeshtha Amavasya falls in the Jyeshtha month of the Hindu calendar. This time of the month is not considered suitable to commence auspicious openings. One must donate things to specially abled and the poor on this day. Providing food to Brahmins bears fruits equivalent to that of Sahastra Godan ( thousand cows). Donating items made of milk or any other white items on Amavasya is said to bring positive results from the Moon.

Puja Vidhi done on Jyeshtha Amavasya is as follows:

Saturn is the planet governed by Lord Shani. Get the Saturn Transit /Sade Sati Report to study about possible effects of the transit in your life as per your horoscope.

Jyeshtha Amavasya day is observed by following special Puja rituals. It is a day to invoke the Goddess and praise her. Pitru puja donation and offering food to Brahmins is said to give peace to the deceased souls of ancestors. A person experiencing Pitru Dosha in his/her horoscope, or a couple confronting issues of bearing children, or if Rahu is placed in the 9th house, then fasting on this day can bring auspicious results.

Get the best astrological predictions from our experts. Consult them through calls and emails and get rid of any negativity surrounding you or your loved ones.