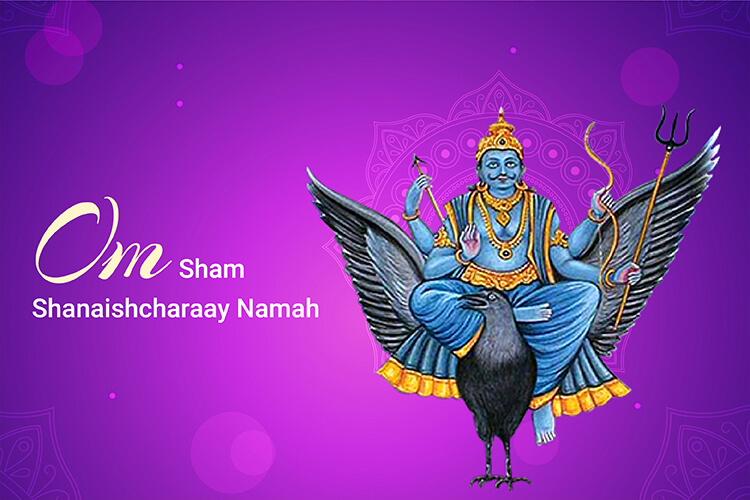 Shanidev, the son of Lord Surya is said to be born on the Amavasya of Vaishakh month. This day is celebrated as Shani Jayanti, his birth anniversary. In Vedic astrology, planet Saturn is referred to as Lord Shani and has a colossal impact on human life. People who are experiencing the effects of Shani Sade Sati pray to the Lord on this day. Many devotees also conduct fasting to please Lord Saturn and gain blessings of good luck and great fortune. Therefore, there is great importance of Shani Jayanti 2021.

Shani Jayanti occurs on the Amavasya (New Moon) of the Vaishakh Krishna Paksha. It will be observed as per below date and tithi this year:

Saturn is the slowest planet of all. Many people consider it negative due to its influence on their lives. But, that is not the case in real sense. Shani is a strict master, a disciplinarian that bestows one with victory only after continuous effort, dedication, and passing the hurdles with confidence. Hence, it is also called as the planet of Karma or the Justice Lord.

Vedic Astrology also states that every human being faces small Panoti and Shani Sade Sati in their life. Those are the years when they may have to struggle and face extreme hardships. However; when Shani showers his blessings on people, they never have to experience tough times, and are successful in the most righteous way. Along with that, Shanidev bestows them with incredible gains and auspicious times. Saturn impacts various facets of one’s life along with their career. Thus, Shani can turn out to be miraculous if posited favourably in one’s horoscope, but can also be problematic if placed unfavourably.

Facing problems in life? Get your Shani Dosha Report and gain detailed insights about your life to find solutions beforehand.

What The Legends Say About Shani Dev

As per the traditional texts, Saturn is known to be the son of Suryadev and Chhaya. Shani was ill-treated and doomed by his wife and heavenly mother Parvati. However; once she realized her mistake, Parvatidevi gave a blessing to Shani that there will not occur any important event in a person’s life unless Shanidev blesses that deed. That occasion should either be blessed with a favourable transit or an aspect to a suitable house in one's birth chart.

Ancient traditions also depict Shani as the elder brother of Yama (Lord of death), and hence, Shani may also play Yama’s part in ending an individual’s earthly life. He also signifies detachment due to being a greatly spiritual planet and the teachings it brings to a native.

Also Read: Impact of Saturn transit in Capricorn on your zodiac sign.

Other Astrological Considerations Of Saturn

According to Vedic Astrology, Saturn is the ruling planet of two Zodiac Signs viz. Capricorn and Aquarius. It represents the servants and Air element of the Pancha Bhootas (5 elements). It is predominant in Tamasic Gunas.

Saturn has cordial relations with the planets Mercury and Venus, but enmity with Mars, Sun, and Moon. It is neutral with Jupiter, while friendly with shadow planets Rahu and Ketu.

You can chant the below mantras to gain blessings of Shanidev and come out of troubles:

When you have the blessings of Lord Shani, there is a good chance of winning conflicts. May the Lord remove obstacles, and hardships from your life and bless you with peace, prosperity and abundance. Happy Shani Jayanti.