Home Blog Entertainment Will Welcome Be Welcomed By Moviegoers 780

Will 'Welcome' be welcomed by movie-goers? 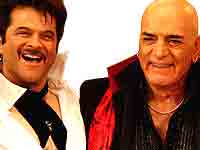 Movie buffs ready to be nostalgic tomorrow as the alluring Anil Kapoor and fearless Feroz Khan are set to blaze the silver screen after a long span of 21 years. The two handsome hunks are back together in 'Welcome'. The duo had once mesmerized the audience in mid 80s in Feroz Khan's production Janbaaz. Ganesha finds this to be very interesting as a matter of astrological study.Following are details related to both the movies. Ganesha has prepared tabulated form to find out the ratio of success, based on the previous track record of Feroz Khan and Anil Kapoor Starrer movie Janbaaz.Comparative Study of Welcome and JanbaazNumerological overview of ComparisonGanesha observes that fate of both the movies somewhere matches, highly influenced by Venus and Uranus/Rahu. The marks of positive/negative given are for the star or for the movie but it doesn't mean that it will always be positive for everyone.Astrological ObservationsRelease Horoscope for Janbaaz

Astrological Analysis of Janbaaz Movie's Release ChartGanesha notes that Transiting Moon was in close conjunction with Venus on the date of Release and Mars was aspecting it. Sun was in Taurus - the sign ruled by Venus, very positive for movies and related matters and that too, was posited in the Midheaven. Jupiter's aspect to the Ascendant and its Square with Sun gave tremendous success to Janbaaz - in perfect synchronization with Venus Moon conjunction in the house of gains.Following are Ganesha's observations on forthcoming movie 'Welcome'.Release Horoscope for Welcome

Astrological Analysis of Release chart of 'Welcome'Ganesha observes that Venus is placed in the Midheaven occupying its own sign Libra in Release horoscope. It is in perfect 1 degree opposition with Moon. Mars the Lord of house of Gains is placed in the sixth house aspecting the 12th house of expenses and there is a Stellium of Planets (Group of planets) in the 12th house of losses and foreign shores where Bhagya Bhuvan Lord is placed with Swagruhi Jupiter.Considering Release date horoscope, Ganesha feels that this movie should surely do well on the box office and may attract good mass of people. Movie may not do extremely well like Janbaaz as seventh house Lord Moon is in opposition to Karma Bhuvan - this movie may face tough competition too. Another point Ganesha would like to add here is, this film will do well abroad.Indian and foreign audience would definitely love to see both the stars, Anil Kapoor and Feroz Khan together, but here Ganesha finds the same story repeating. As Feroz Khan had taken a back-seat in Janbaaz and Anil Kapoor's role was highlighted very much, in this movie also, though Feroz Khan is playing major and important role, Anil Kapoor and other actors will be there to share his glory.Comprehensive study of Numerological and Astrological FactorsAfter deep consideration of Numerological and Astrological factors together, Ganesha arrives to conclusion that 'Welcome' will surely be welcomed by Indian and Western-Indian audience but it may not become 'super duper hit' due to stiff competition it is likely to face. The movie is fated with huge publicity expenses and production value will be evident on the screen but Ganesha feels that it may not repeat the history of Janbaaz. The major factor which could affect this movie's great success is 'competition', says Ganesha.Ganesha gives warm welcome to 'Welcome' and wishes good luck to director Anees Bazmee as well to Anil Kapoor & Feroz Khan.Ganesha's Grace,Bhavesh N. PattniThe GaneshaSpeaks Team
Share

Wedding Bells For RJD Leader Tejashwi Yadav, But He May Face…