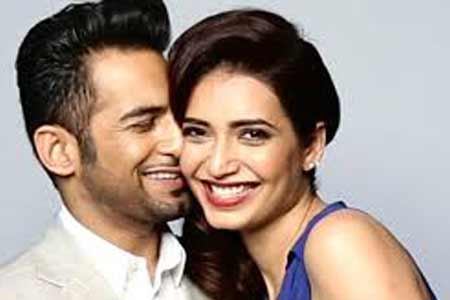 The young pair of Upen Patel and Karishma Tanna make for a very attractive couple and these lovebirds are madly in love with each other for sure! With a mutual attraction that started brewing up from their Bigg Boss days, their chemistry has always grabbed a lot of attention. Even in the Dance Reality show of Nach Baliye – Season 7, they have been one of the top favourites. They recently got enagaged and announced that they will be marrying anytime in the next year. What makes this bond click so well? How will their future relationship be? And, what do the stars indicate about their marriage? Ganesha answers… 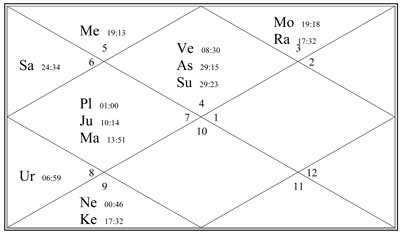 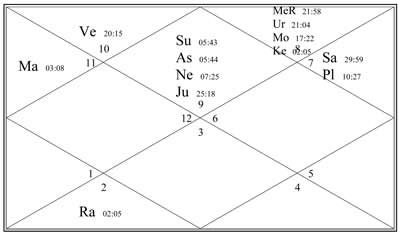 Owing to the unavailibity of credible birth-time of both the celebrities, the analysis and predictions have been done on the basis of the Solar Chart/ Surya Kundli with the help of their birth-date and birth-place only.

Astrological Predictions:
1) What do the planets indicate about the couple? Will they be able to maintain the chemistry, or are there some hiccups in store?

2) Do the planets support their marriage plans in the next year?

3) Will both the celebrities make it big in the Glamour and Television Industry?

Ganesha wishes a great time ahead to Upen Patel and Karishma Tanna.