Tusshar Kapoor Birthday Predictions: The Year of 2021 for the Golmaal Actor - GaneshaSpeaks
https://www.ganeshaspeaks.com

Tusshar Kapoor Birthday Predictions: The Year of 2021 for the Golmaal Actor 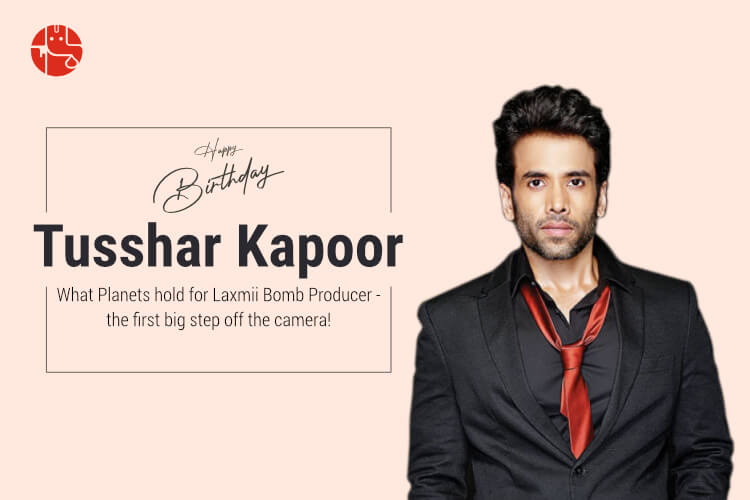 Over the years, Tusshar Kapoor has been mostly known for his character of Lucky in the Golmaal Series. Who can forget those iconic ‘dialogues’? However, dig deeper, and you will be reminded of some of the grounded and notable roles he has done, though mostly in the multi-starrer films, just like Golmaal. He was also an integral part of the movie Khakee, an idealist police constable in constant moral conflict with the character of Akshay Kumar.

On the other hand was his character of Dilip Buwa, a Gangster in Shootout at Lokhandwala. For many, he has just been an actor who has tried comedy, but even the mainstream movie-goers have neglected some of his better performances. To top it off, he started his career as a romantic lead along with Kareena Kapoor. His career in the true sense is a rollercoaster.

What are the ups and downs that your career may bring in the upcoming year? Make better decisions in your career with a detailed 2021 Career Report, handwritten by our expert astrologers.

His next big role seems to be more of the Producer with his production house, and his first movie as a producer, Laxmii Bomb, is about to be released. If rumours are to be believed, he may also be seen in Shahid Kapoor’s next big release, Jersey. Closing to 20 years in the industry, Kapoor will turn 44 on November 20, 2020. We bring you what astrology has in store for him, as he begins a new chapter in his life.

Born on 20th November, Tusshar Kapoor’s zodiac sign is Scorpio. In his birth chart, we can see the transiting Jupiter will aspect his natal Jupiter positioned in the 7th house. The transiting Saturn would aspect the planets posited in the 12th house of the chart. The transit of Rahu will be over Mars, Mercury and the Sun situated in the Ascendant. Tusshar Kapoor will be under the influence of Mahadasha of Saturn and Antardasha of Jupiter, which ends on 21st January 2023. How do all of these planetary positions shape Tusshar Kapoor’s future? Let’s find out.

Do you want to know what planets and their positioning has to say about your life? How will the planets in your ascendant affect you in the future? Find out today with a personalised Janampatri, made exclusively for you by our adept astrologers.

Career Behind the Camera

After being on and off the screen for nearly 20 years now, Tusshar Kapoor, as we mentioned, is trying the new role of a producer. Though he has assisted David Dhawan with the direction before, this will be his first big step off the camera. What movie can be better or that than Kiara Advani and Akshay Kumar starrer Laxmii?

During the time of the release, he will be under the influence of the sub-period of Jupiter. There is also an exchange of the houses between Jupiter and Venus. Jupiter is also the lord of the 12th house, where Rahu is positioned. Rahu is related to making horror, whereas Venus in the 2nd house relates to comedy films. As we can see, these combinations make up for a perfect environment for ‘Laxmii’, a horror-comedy. Going ahead, Jupiter and Saturn are also likely to bestow him with success for his role of a producer.

Not only on the career front, but he has also taken up a new role as a single father in his personal life. He has a four-year-old son named Laksshya Kapoor through IVF. In his birth chart, we can see Venus, the lord of the 7th house (denotes 2nd child) is to exchange houses with Jupiter which is the lord of the 2nd house, the house of family. The transiting Jupiter that also represents children will aspect the natal Jupiter in the 7th house from the Capricorn Sign. All of these may inspire Tusshar Kapoor to adopt/have another child in the future.

Ketu transiting over the Natal Jupiter posited in the Taurus sign is considered to be favourable, and may speed up the adoption process if Tusshar chooses to adopt. In short, starts are perfectly aligned for him to welcome a new member in the family. These moments are likely to grace his life post-second week of October 2021.

Find out about the key moments in your life. Get a 2021 Highlights Report!

Wishing A Productive Year Ahead!

One thing is for sure, we are likely to see him as Lucky in one of the movies, reviving his Lucky character once again. It just remains to be seen how the audience will receive him in his other roles. On his birthday, we would like to wish him all the best for his production house, and newly found fatherhood. Happy Birthday, Tusshar Kapoor!