Ghosts Of The Past May Come Back To Haunt Salman In 2017, Predicts Ganesha 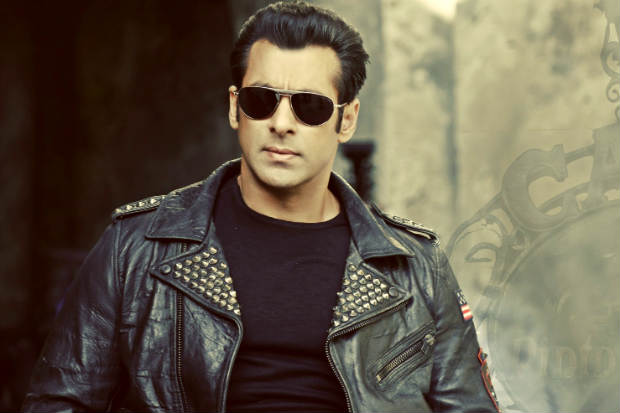 Some new legal complications and concerns related to father Salim Khan's health may not let Bhai be at peace, despite of films performing well.
Salman 'Dabangg' Khan will be turning 51 this year! There's no stopping the Bhai as the strike rate at which his films have been earning the crores is just amazing. His last release – Sultan, performed incredibly well at the Box-Office and now his fans are eagerly waiting for 'Tubelight'. In this exclusive astrological analysis, Ganesha predicts that the year 2017 will bring mixed results and there might be serious legal troubles for the actor. Find out more...
Salman Khan
Date of Birth: 27th December 1965
Time of Birth: 14 hours 37 min.
Place of Birth: Indore, Madhya Pradesh, India

How are the planets aligned for Salman?
Salman will be under the influence of the major period of Saturn and the sub period of Rahu till 11th February, 2019. It is to be noted that both the planets are associated with Houses of finance and gains – the 2nd House (Rahu) and the 11th House (Saturn). Due to this, most of Bhai's films will be able to be the front-runners, when it comes to Box-Office collections.
Jupiter will ensure that the show goes on...
Jupiter will be transiting through the 6th house of his chart till September 2017 and it will be aspecting the Natal Mars and Venus placed in the 10th House of his Chart. This factor will ensure that Salman's films do well at the Box-Office, especially the ones releasing in the first half of the year 2017.
Uncertainty in love:
It is to be noted that Rahu will be transiting through the 5th House till August 2017. Because of this factor, his love life may not be all rosy in the coming months.
Salman and legal troubles – an inseparable bond?
The year 2017 wil be a very crucial year for Salman on various fronts. Ketu will continue to transit over his Natal Saturn and Moon, while Saturn will begin its transit over Natal Sun. This indicates an uncertain and worrisome phase for the actor. There may be a brush with the law and authorities once again. Additionally, there may be some misunderstandings with directors and producers.
Father's health may call for attention:
Ganesha feels that the Wanted star will have to spend good time with family. Due to Saturn's adverse transit, his father may face some health issues, which may cause some stress for the actor.
A year of sweet 'n' sour experiences?
Professionally, the year 2017 looks quite promising for Salman and as usual, he may also be able to earn well. But, things at the personal front do not look all too good for him. He will also have to be careful about his own health, especially between April and October.
We wish Salman all the very best for the year ahead.
With Ganesha's Grace,
The GaneshaSpeaks.com Team
Are you facing problems in your love life? Then get to know what your stars have to say with the Love Horoscope Report for FREE!
Share