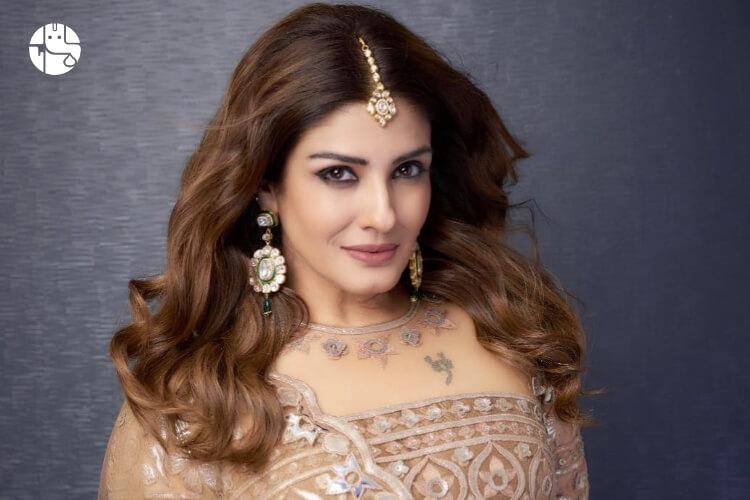 The ‘Mohra’ actress, Raveena Tandon is one of the most successful leading ladies of Bollywood to rule the ‘90s. She started her career opposite Salman Khan in 1991 and won the Filmfare Award for New Face of the Year. From there, she went on to work in some of the superhit commercial hits of the decade like Laadla, Andaz Apna Apna, Mohra, Dulhe Raja, and many more.

Despite taking a break from the acting when her career was at the peak, she was able to make a comeback in 1998 and gave back to back hits like Gharwali Baharwali, Bade Miyan Chote Miyan, and Anari No. 1. Later in her career, she was able to flex her acting muscles with content-driven movies like Shool and Aks, moving away from out and out commercial films. Her latest, Maatr had critics praising her for the maturity she brought to her role in the movie.

If you are curious about how your career will move ahead or change for the better this year, a personalised Career Report from our experts can help you get a clear idea of your future in 2021.

Over the years, Raveena Tandon has been actively helping the underprivileged and the ones who need help through her NGO, Rudra Foundation. Her foundation has helped those who were struggling to survive during the coronavirus pandemic and NGOs that help animals. Before that, Rudra Foundation extended its help to families of Pulwama attack victims, taking care of the education of martyrs’ children. Raveena Tandon also assured to support the education of two daughters of Nilesh Telgade, one of the victims of Palghar lynching incident.

Her fans would surely be proud of her work as an activist, as they look forward to the most awaited sequel of the year, KGF: Chapter 2. The actress has said that she is looking forward to acting in more shows and films in the coming years. So, what does the year 2021 have in store for her? Let’s find out with her birthday forecast based on her birth chart.

You too can know what awaits you in the future and make better decisions accordingly, with a Personalised Janampatri, manually analysed by our expert astrologers.

For accurate astrological predictions, the exact time of birth is required. Since we do not have a precise time of birth for Raveena Tandon, we will be analysing her Surya Kundli instead. A Surya Kundli can also tell us a lot about the native’s personality and prominent aspects of their future.

According to the birth chart, Raveena Tandon’s Zodiac Sign would be Scorpio. The conjunction of Mars, Venus, Mercury and the Sun in the 1st House, the House of Self, indicates her aspirations and ambitions. Additionally, the aspect of Jupiter on these planets made her the versatile thespian she has been over the years and helped her choose different roles as Jupiter is believed to be the Karak of expansion. She always has looked forward to dynamic and challenging acting roles and has succeeded in playing them with ease.

She has not been that much active in the films for a long time, 2021 may bring her back to the screen, adding much to the joy for her fans. She has also taken up new responsibilities behind the camera as director and producer, and she is likely to garner more love for those responsibilities, too. One thing she may need to be careful about is her health, as she is under the influence of Sade Sati, the transit of Saturn close to the moon until March 2021. After that, Jupiter would protect her Surya Kundli.

Her fans and family may look forward to more progressive roles in 2021 from Raveena, and she is likely to deliver on that successfully, with Jupiter being the Karak of taking up new roles and assignments for her.

A year of new possibilities and exciting ventures await Raveena Tandon in the coming year. With a hope to see more of her work on and off-camera, let’s make the birthday wishes rain Tip...Tip, setting 2021 on fire!