How is the love equation between Abhay Deol and Preeti Desai 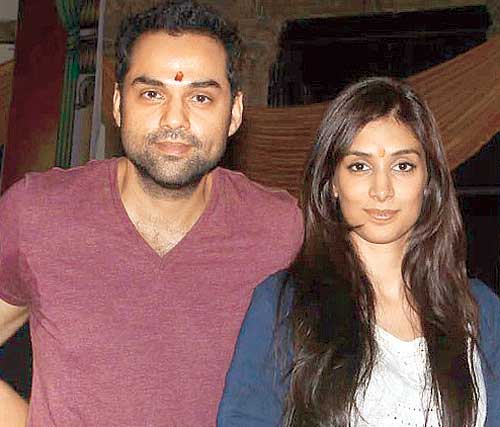 Bollywood actor Abhay Deol and former Miss Great Britain Preeti Desai have been in a live-in relationship for the last four years and make no qualms about it. Abhay has openly spoken about it saying that marriage is just a cultural thing and not a natural thing and has not decided whether to get married or not. Abhay has a long pedigree in Bollywood – Dharmendra is his paternal uncle; and Esha Deol, Bobby Deol and Sunny Deol are his cousins. He has won critical acclaim in his own right for his performances in films like Socha Na Tha, Ahista Ahista, Honeymoon Travels Pvt. Ltd. Dev.D, Zindagi Na Milegi Dobara, Chakravyuh, Shanghai and Raanjhanaa.

Preeti Desai, too, is a celebrity in her own right, making history by becoming the first woman of Indian origin to ever win the Miss Great Britain title. She made her acting debut in the film Shor in the City. She is listed as the Times of India’s 50 Most Desirable Women and People Magazine’s 50 Most Beautiful People in 2011. Abhay Deol and Preeti Desai appeared together in the film One By Two.

Will they marry each other? Is still to be answered. However, if at all they get married, will their relationship be fruitful? Ganesha, with the help of Vedic Astrology, analyses the fortunes of Abhay Deol (actor) and Preeti Desai (actress) –

Rahu Ketu’s position in Aries and Libra Axis or even the reversed would generally indicate that person will try very hard to search for his/ her own identity. The more they receive an acknowledgement from others – their enthusiasm will increase. On the other hand, at personal front they may face some or the other kind of conflict (especially in marriage) because Aries Libra is the axis that rules ‘self’ and ‘partnership’ respectively. This is why both will have to handle this relationship very delicately and with due respect to each other’s dignity as well as public image, else there will be scope of falling apart.

If at all they marry each other, will their relationship last and be a success?
Ganesha feels that this relationship does have a potential of great attraction (due to planetary oppositions mentioned in the first point) towards each other but they might feel that they are walking on a tight rope and relationship also needs a lot of attention.

The same configuration (oppositions) would also indicate that they will have to keep clear demarcation between personal life and their professional progress, else in the long run, they would feel that they are competing each other!