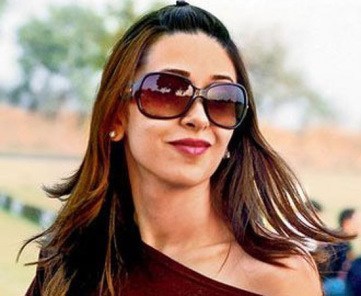 It was her family’s age-old and clearly marked tradition that none of the female family members would join film industry or work as an actress. But, at the tender age of 17, she dared to go against her family and chase her dreams. She is none other than Karisma Kapoor, the elder daughter of the yesteryears’ actor couple Randhir Kapoor and Babita Kapoor. As an acting professional, Karisma went on to earn a good name for herself over the years. On the personal front, however, she has had a rather challenging life. Her high-profile engagement with Abhishek Bachchan in 2002 ended in a break-up four months later. She then married her friend and Delhi-based businessman Sanjay Kapur, and bid goodbye to the Hindi film industry. However, her married life has been in the news for all the wrong reasons. Karisma and Sanjay, parents of two, have been living separately for some years now. The reports suggest that the couple has finalised their divorce, and are now fighting for the custody of their two children. Also, there is a rumour that the Zubeida star is going to get married again – to Sandeep Toshniwal, who is the CEO of a successful pharmaceutical company.

Is it in her stars that Karisma keeps facing failures on the love front? Will she get second time lucky? Ganesha, with the help of Vedic Astrology, analyses Karisma’s Surya Kundali, and finds out if her second marriage would succeed.

Ketu – the culprit?
Ganesha observes that Venus, the significator of love relationship, is placed with Ketu in Taurus Sign in Karishma’s Chart. Venus in Taurus blesses her with artistic talent, but Ketu with Venus does not allow her to enjoy the spotlight for a long period. She got busy with her family affairs and love life, when she was one of the top heroines in Bollywood. Ketu – a strong malefic – troubled her married life too, because it is placed in Universal Zodiac’s second Sign Taurus. This largely indicates family problems.

All the aforementioned factors indicate a stressful personal life. As it is, Venus and Sun two planets are strongly afflicted in her Natal Chart. She will have to work very hard to build a strong nest, if she is really serious about tying the nuptial knot with Sandeep Toshniwal, as rumored, or even with anyone else.

It is to be noted that the success of this marriage, if it happens, will also depend on the analyses of the actual Kundalis of both the people involved and the Muhurat of the marriage.